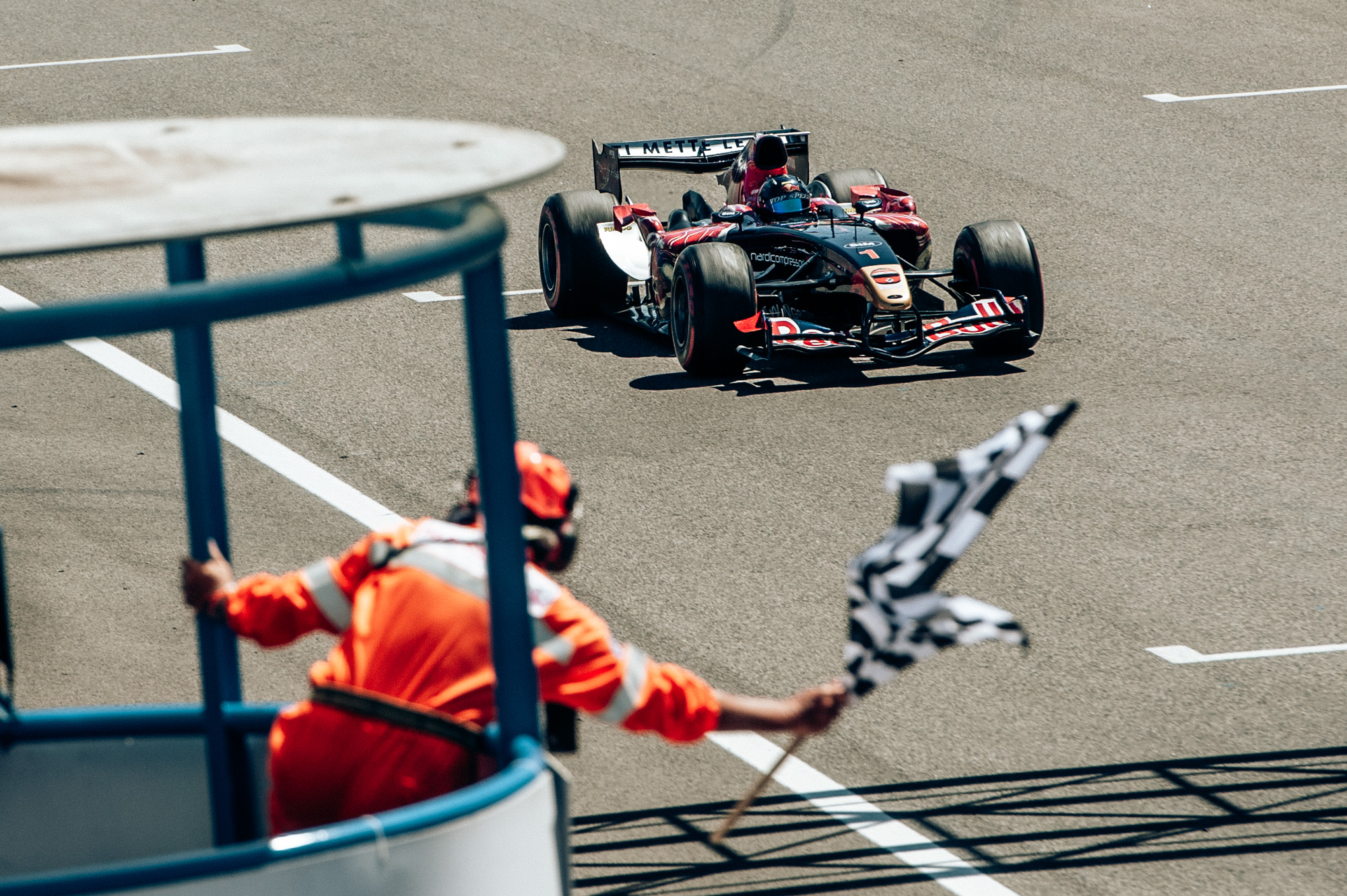 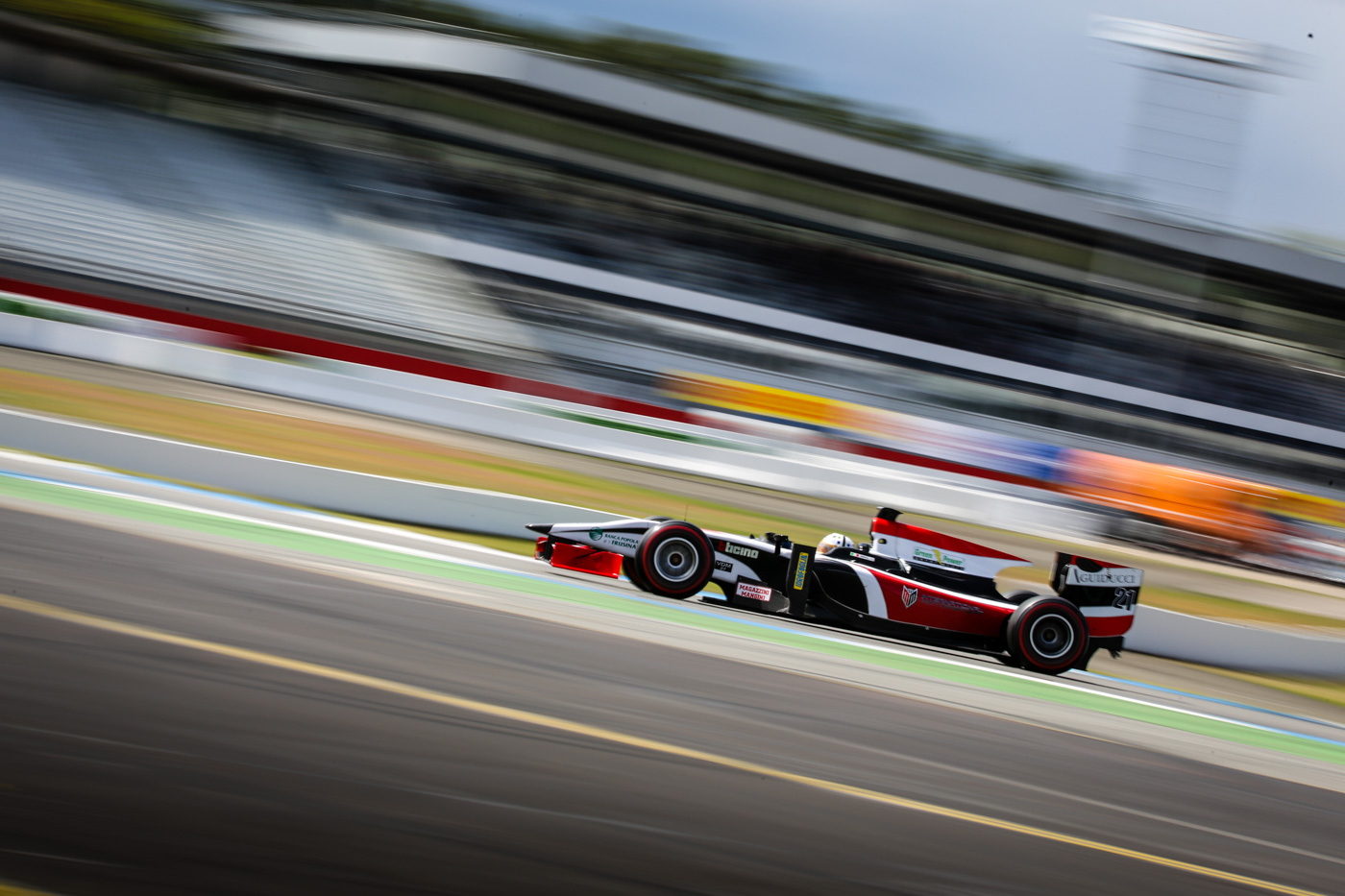 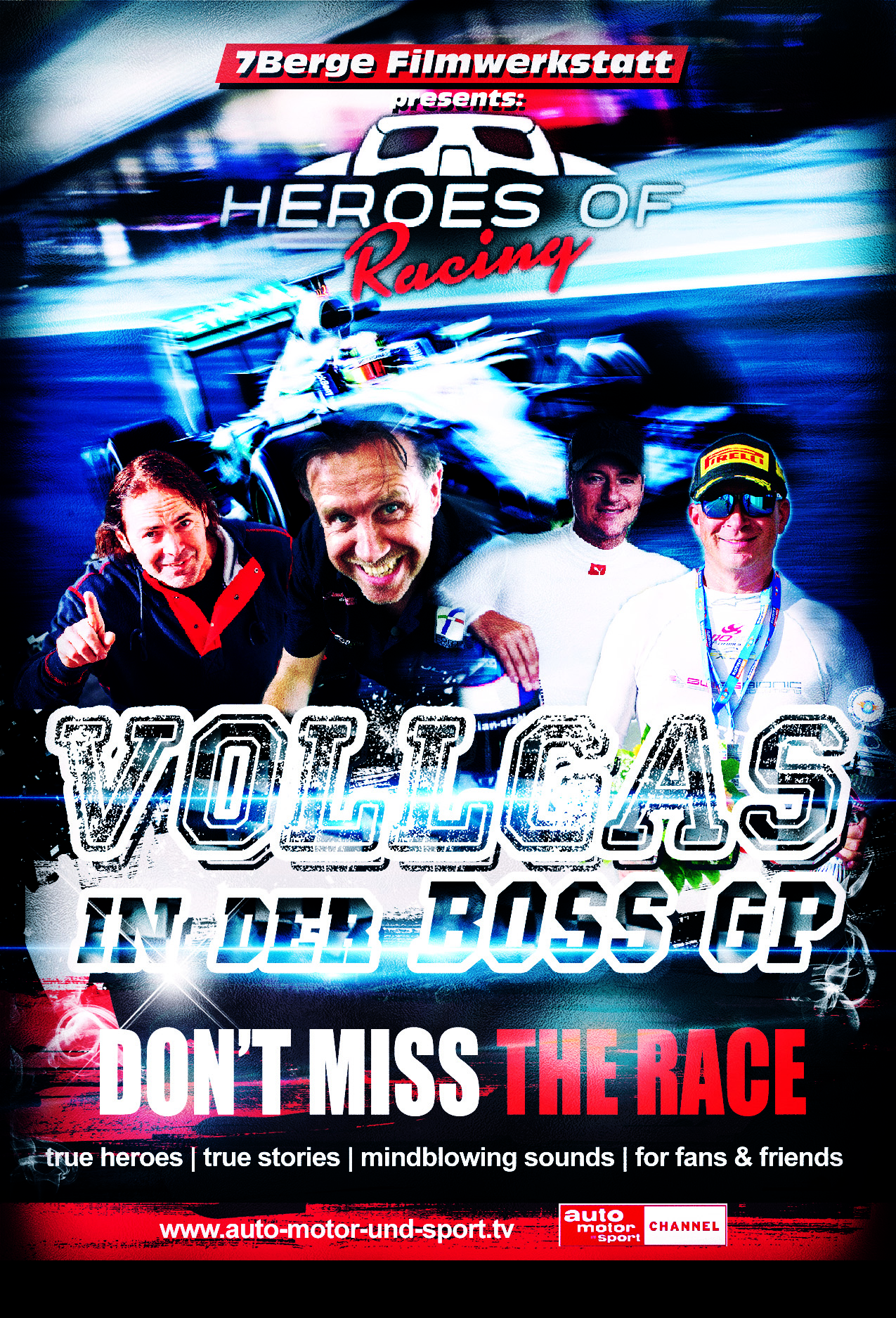 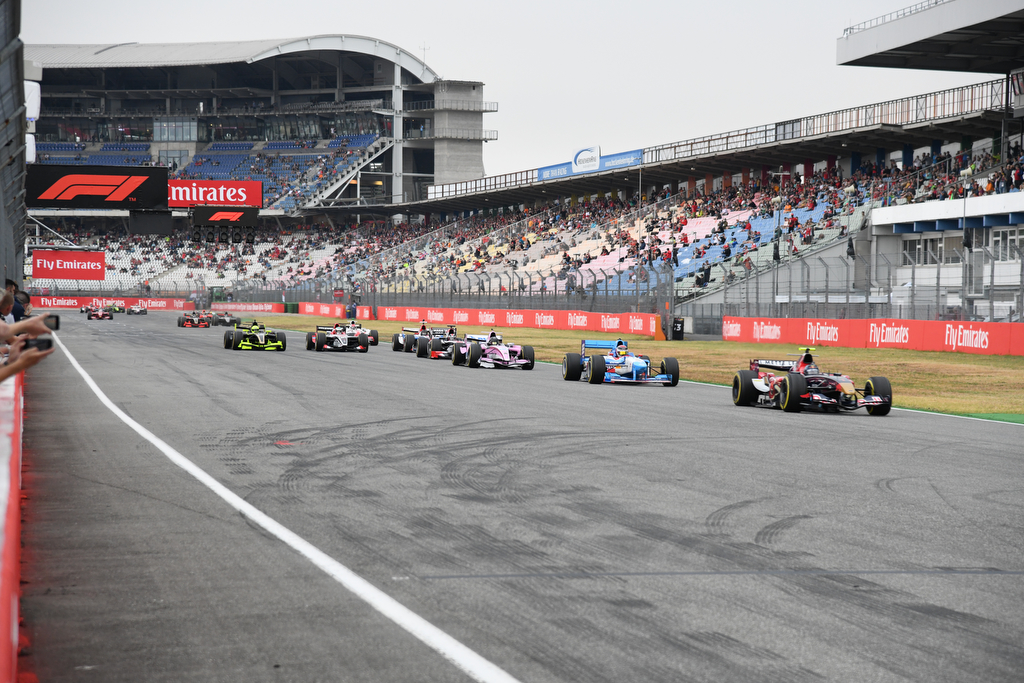 BOSS GP delivered a show of superlatives within the German Grand Prix. Two safety car phases and the beginning of rain made the race the most exciting of the year.

For the 17 drivers and 2 pilots of the BOSS GP it was the race of their lives: In front of almost 30,000 spectators, Europe’s fastest racing series started for the second time this year at the Hockenheimring, but for the first time ever as support of the Formula 1 World Championship.

The start was already turbulent: Ingo Gerstl (Top Speed) in his Toro Rosso started from pole position, Phil Stratford (Benetton; Penn Elcom Racing) and Bernd Herndlhofer (Top Speed) were behind him at the flying start. The Swiss Roy Glaser (Speed Center) had a quick start and shot forward to third place in the first corner. However, he also benefited from the collision of team-mates Luca Martucci and Armando Mangini (MM International). Martucci lost the front wing of his GP2 Dallara.

But that’s not all with the action: Glaser made a 360-degree turn through his own fault, but continued immediately. Also Bianca Steiner (Top Speed) was involved in the action zone in turn 1, she had to avoid the flying front wing of Martucci over the asphalted run-out area.

Wolfgang Jaksch (F Xtreme Racing; started from position 8) and Florian Schnitzenbaumer (Top Speed; started from position 11) did as expected and were the biggest mover during the first part of the race. Surprisingly, Martucci did not enter the pits, instead he tried to continue without his front wing. Without much grip on the front axle the lap times dropped by five seconds. But Martucci was brave, behind him a slow train with at times five cars formed. First Jaksch passed the wounded Dallara of Martucci, then Schnitzenbaumer, who overtook three cars in only one and a half laps. Martucci finished surprisingly seventh, ahead of his opponent Armando Mangini (8th). The first safety car phase brought disorder on the first places: The SC was triggered by a collision of Hans Laub (Speed Center) in the Forti with Bianca Steiner (Top Speed) in the Dallara GP2. The manoeuvre against Steiner went wrong, the gap was too small. Laub’s Forti rushed over the curbs on the inside and than into Steiner’s car – both did not finish.

The safety car brought the first pilots together again. When the track was cleared again, Roy Glaser reacted the fastest. The Swiss was at the start of a BOSS GP race for the first time this year. With his manoeuvre he surprised Stratford and Herndlhofer in front of him and overtook them, so he had made up to the first place in the FORMULA classification. Herndlhofer just overtook

Unimpressed by the events, Ingo Gerstl clinched his sixth victory of the season. When it started raining, the race was stopped due to the conditions. One of the victims of the rain was Wolfgang Jordan, who spun in the hairpin bend. Behind Gerstl, Phil Stratford and Wolfgang Jaksch landed in the OPEN class. Behind Glaser the Top Speed drivers Bernd Herndlhofer and Florian Schnitzenbaumer completed the FORMULA podium.

Walter Steding (Inter Europol Competition) finished in a good ninth place despite a spin in the reconnaissance lap. Karl-Heinz Becker, the oldest participant in the field, was probably just as happy about 10th place. Christian Eicke (Speed Center) finished eleventh ahead of Thomas Jakoubek (Top Speed), who only travelled to the Hockenheimring this afternoon.

Race 2 starts tomorrow Sunday at 11:10 am and goes over the longer distance of 25 minutes. Starting grid is the same as for race 1. 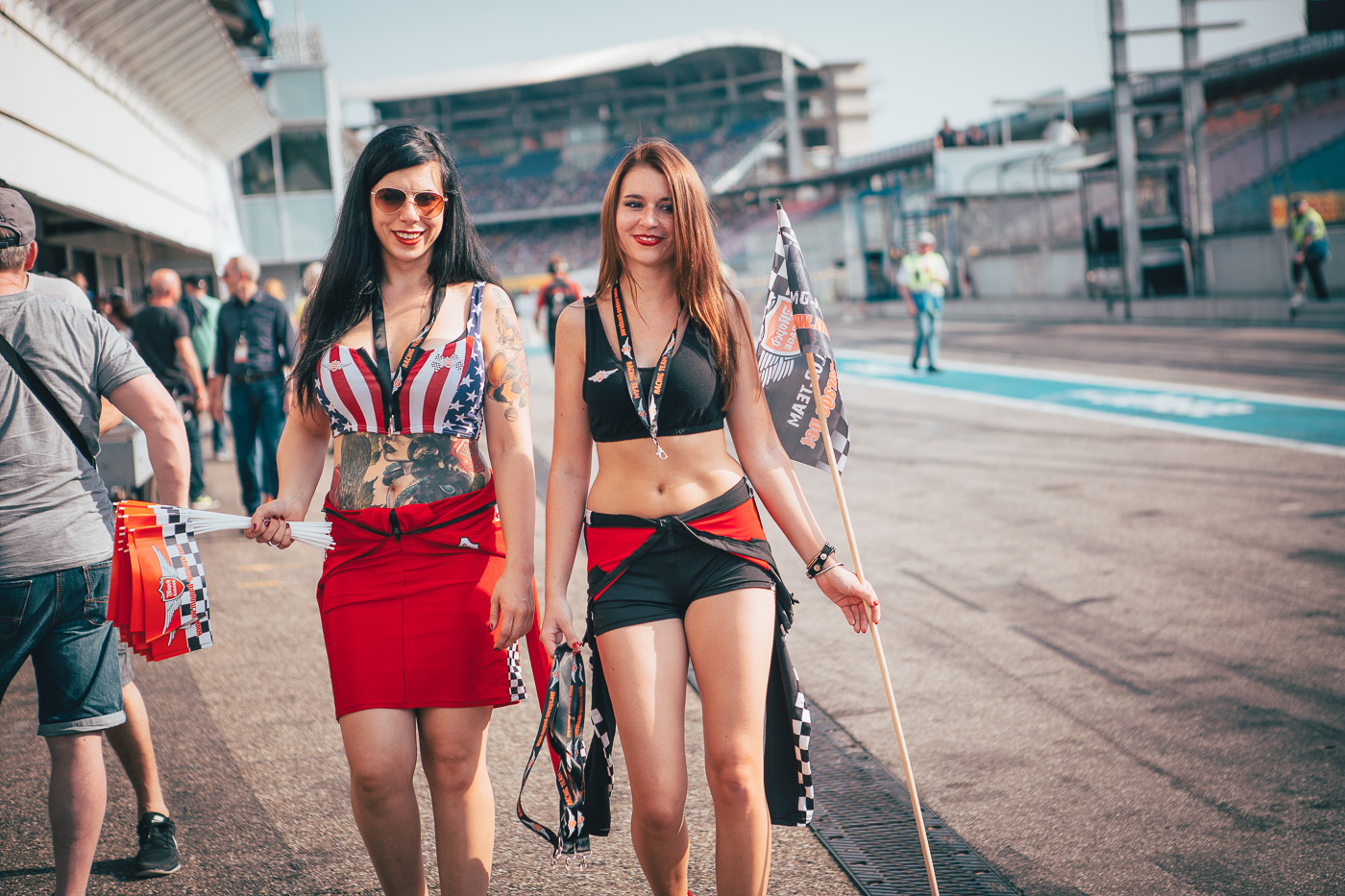 What’s up? All links you need for the BOSS GP at Hockenheim Historic – The Jim Clark Revival

Pictures from race weekend up-to-date in our gallery 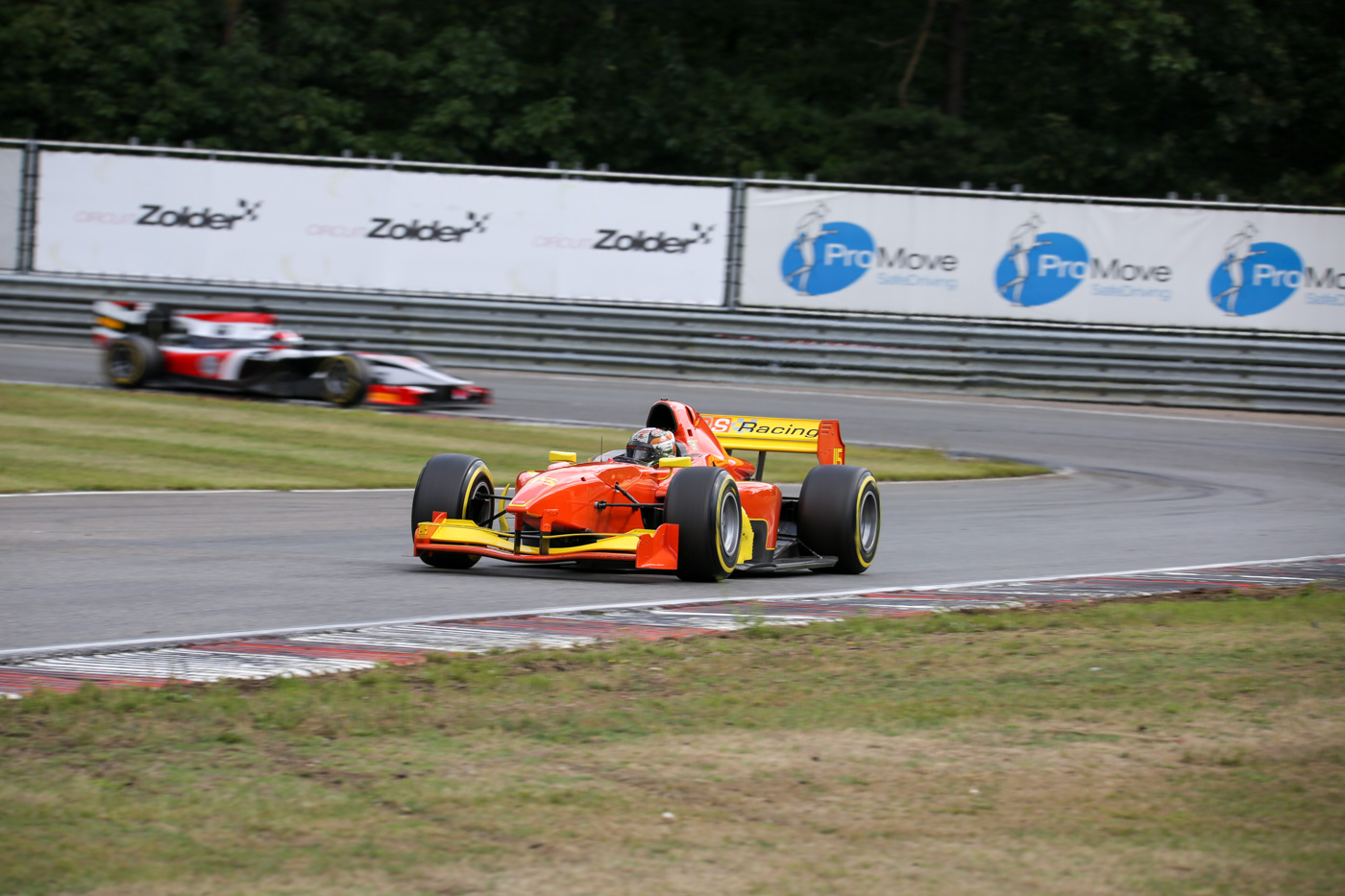 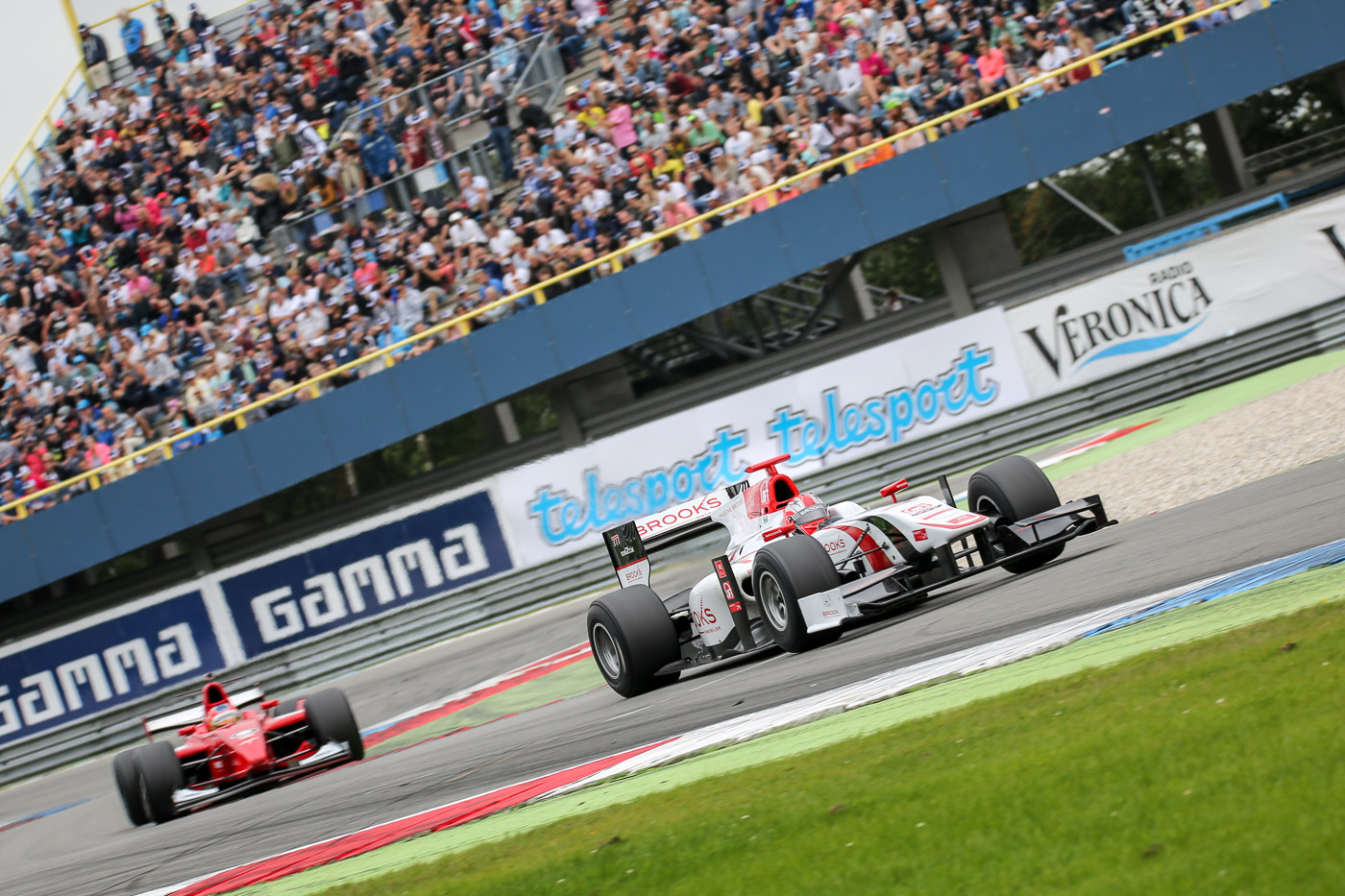 Two weeks before Christmas the BOSS GP Series has presented its 2017 racing calendar. Fans can expect another action-packed championship including the Max Verstappen Race Festival in the Dunes of Zandvoort and the 2018 France GP track in Paul Ricard END_OF_DOCUMENT_TOKEN_TO_BE_REPLACED 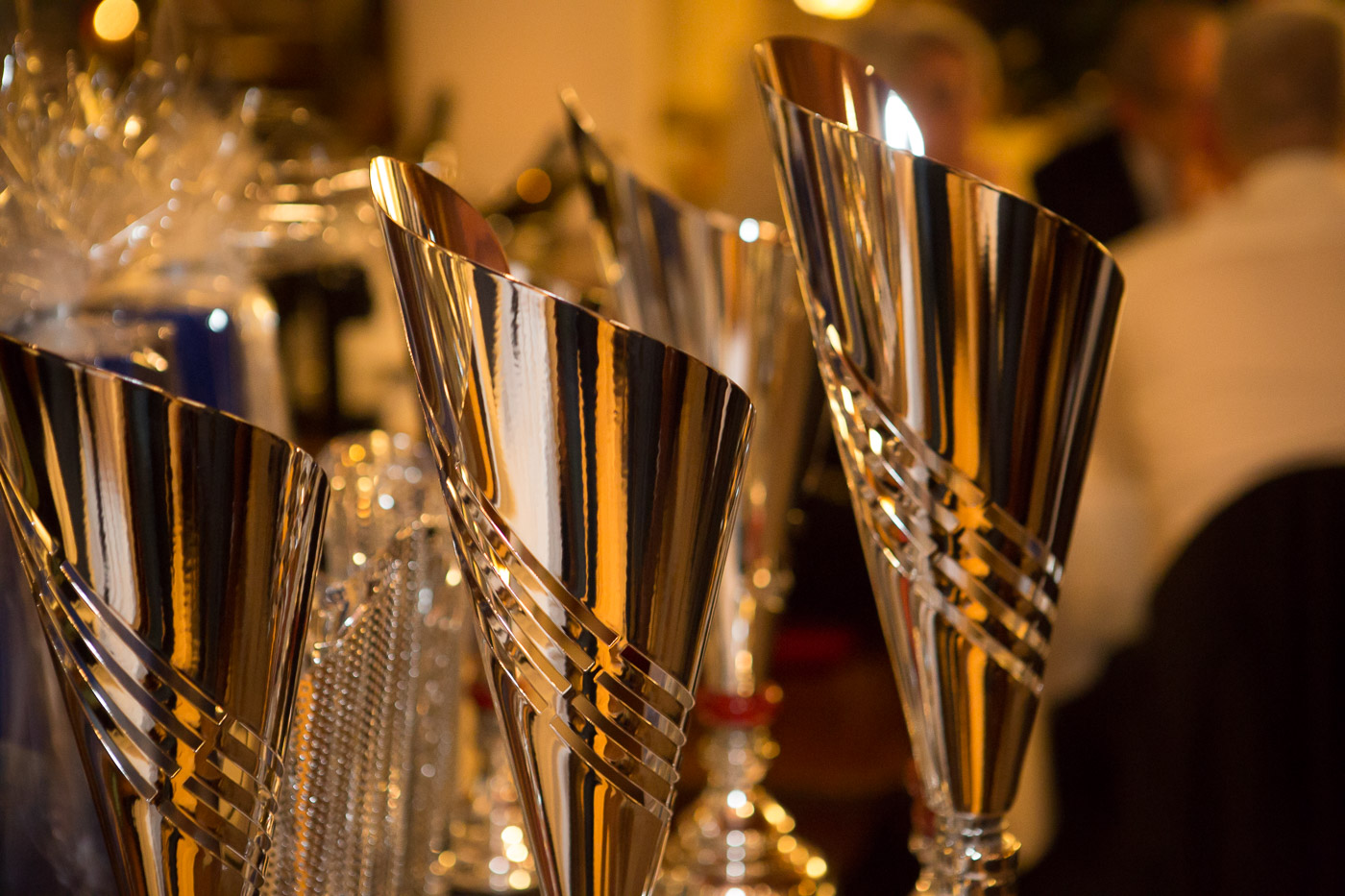 On November 19, the entire BOSS GP gang gathered in Mozart’s hometown Salzburg to celebrate a successful 2016 season and crown the title winners END_OF_DOCUMENT_TOKEN_TO_BE_REPLACED 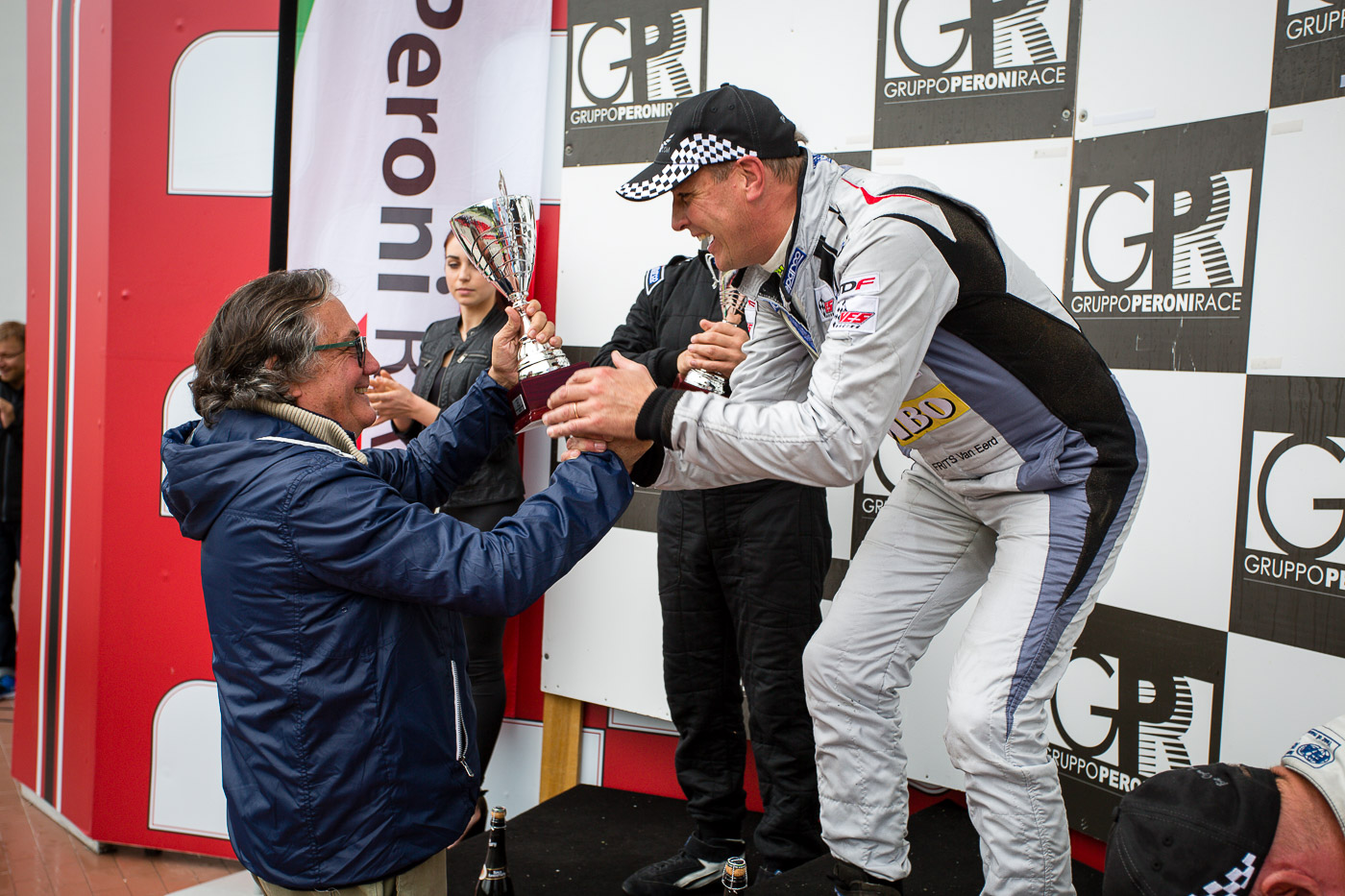 The 2016 BOSS GP season is over! A sensational championship year full of suspense, emotion, action and pure racing has come to an end. And the final race was another highlight, of course, including a Safety-Car phase END_OF_DOCUMENT_TOKEN_TO_BE_REPLACED 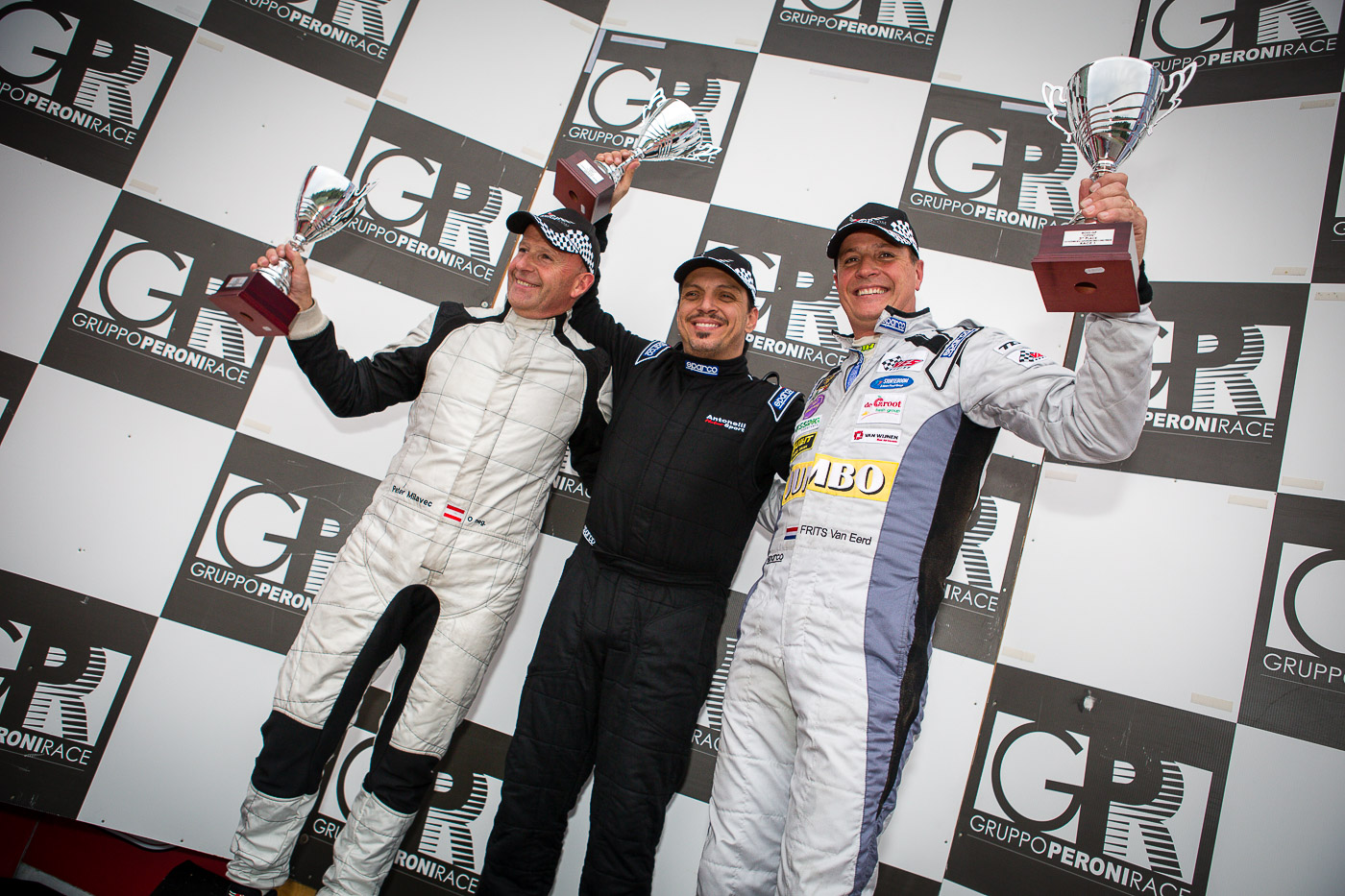