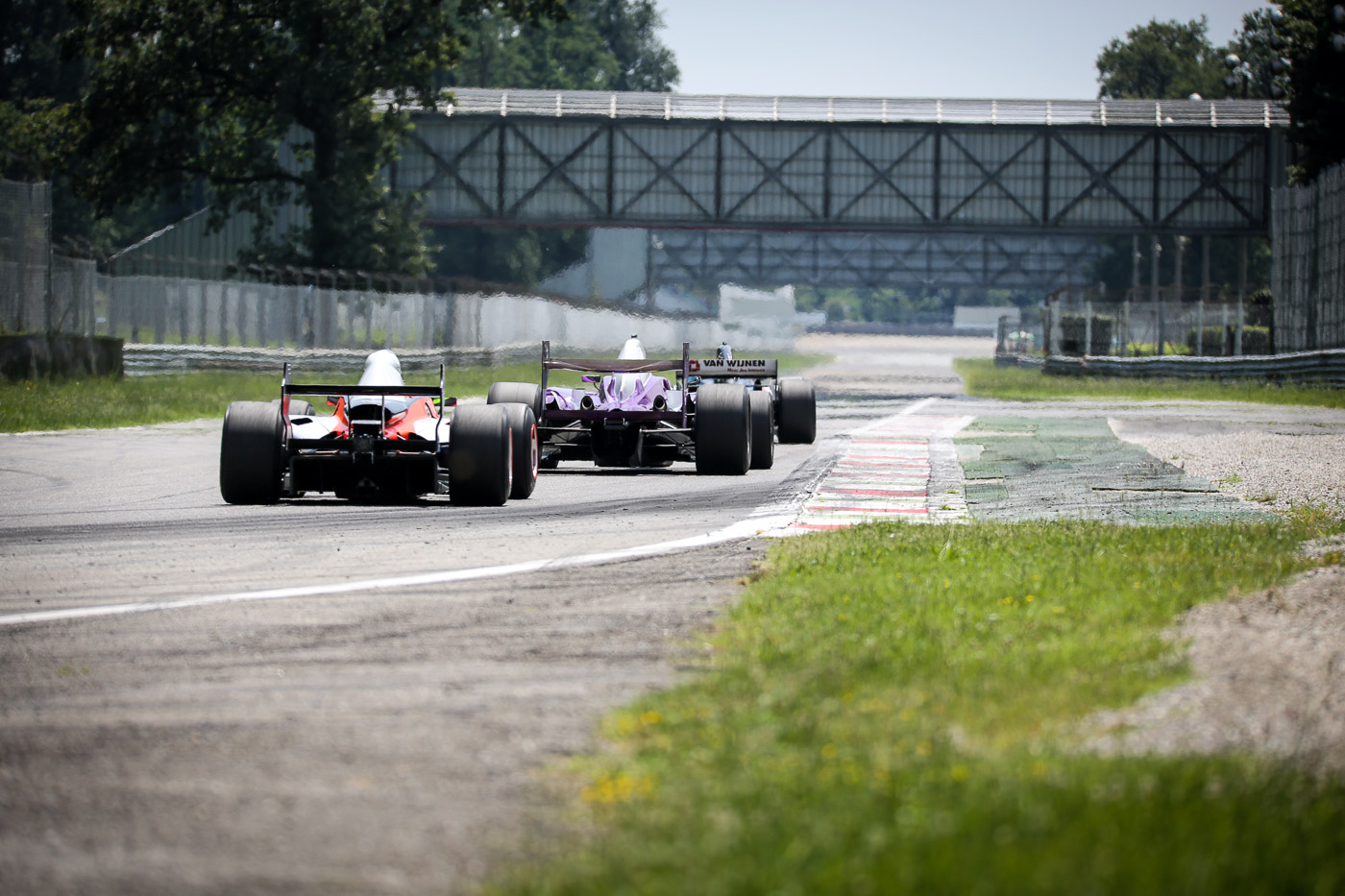 Speed is not only a term here, but it can be felt – so is the danger. In the Royal Park of Monza, the BOSS GP is once again making a stop this weekend, in the best weather and with excellent food.

Third stop: through the park
The Big Open Single Seaters are coming after Hockenheim and Spielberg on another traditional race track: the Monza Eni Circuit, as the track has recently been called, was an uninterrupted part of the BOSS GP Series from 2011 to 2016. This year the track is back as headliner of the Peroni Race Weekend.

Located just 15 minutes by car northeast of Milan, it is located in the metropolitan area of Italy’s second largest city. Many drivers and fans combine their visit with an excursion to the city centre and to nearby Lake Garda.

The 688 hectare park (twice as large as Central Park in New York, by the way) has been the home of the Autodromo since 1922. After Brooklands and Indianapolis, the circuit was the only third permanent racetrack in history built specifically for motorsport. The steep curves of those days still exist today and are a popular visitor point. Participants: BOSS GP
The unchallenged OPEN class leader Ingo Gerstl (Top Speed) will face competition from Rinus van Kalmthout. The 17-year-old Dutchman contests the Indy Lights series in the USA. In the Dallara-GP2, equipped with a Judd engine (8 cylinders, 4 litres displacement), he wants to collect more kilometers in a powerful racing car in Monza. Already last year he showed extraordinary performances. Wolfgang Jaksch will also be back. The German didn’t get his Super Aguri running at Hockenheim, but now everything is supposed to work for Monza. At the last second Hans Laub also announced a Formula 1 car for the OPEN. With the Forti FG 03 the German has a rare racer from 1996 under his butt.

12 starters are registered in the FORMULA class, among them some returners: Wolfgang Jordan and the two Italians David Moretti and Marco Ghiotto. For FORMULA leader Florian Schnitzenbaumer, Andreas Fiedler could be the most dangerous in the absence of Bianca Steiner, Johann Ledermair and Salvatore De Plano. Armando Mangini is the third Italian to compete in the home race. Monza is not only interesting because of the Autodromo

Free entry and open paddock
Peroni has become the very heart of Italian motorsport. The bustling organisers of the Gruppo Peroni Race thus also attract a large number of spectators to the race track. Free admission during the three days of racing in Monza is a special offer. You can visit the paddock to get a rare insight into the work of the teams. There is a free choice of seats in the stands. If teams grant access, the boxes may also be viewed. The BOSS GP teams are in the garages with numbers 51 to 60, Andreas Fiedler (Dallara-GP2) pitched his tent in the paddock again, at the same level as the other BOSS GP teams in the paddock. Parking for motorcycles costs 5 Euro, for cars 10 Euro. Access is Viale Vedano 5 in Monza.

Other racing series on this race weekend are the German sports car series DMV GTC, the Northern European Formula Renault 2.0 and the Renault Clio Cup Italy. Historic cars compete in the Campionato Italiano Auto Storiche, the Alfa Revival Cup and the FIA Lurani Trophy for Formula Junior cars. All in all, a mix of jewellery from the recent and older motorsport past worth seeing.