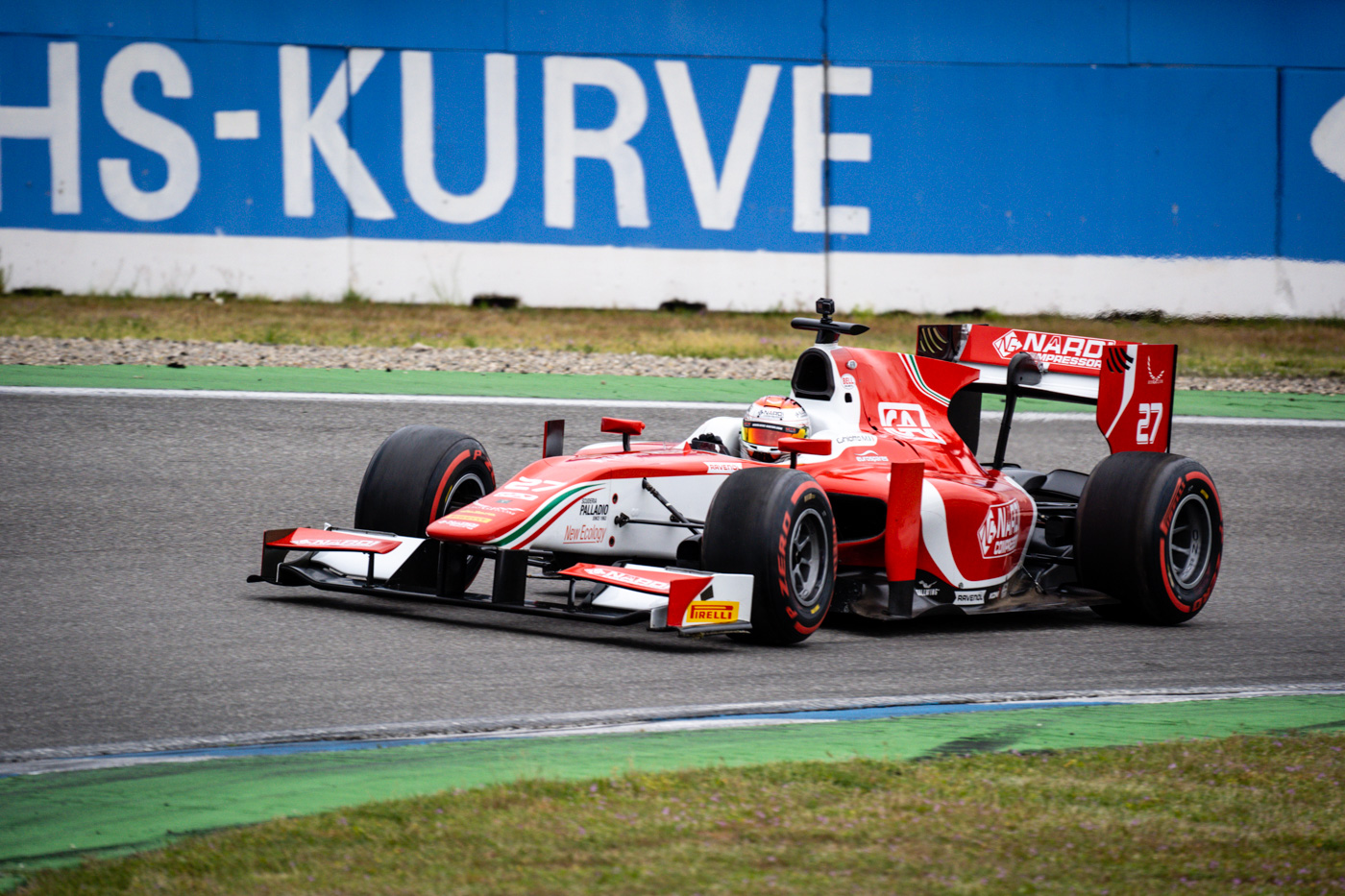 The first BOSS GP qualifying session in 2019 was a very exciting one in the FORMULA class. Ingo Gerstl in the Toro Rosso on pole position.

Update 1:34 p.m.: The fastest FORMULA pilot, Alessandro Bracalente, has to start from P12 in first race after a 10-grid-penalty. Bracalente was penalized by the race control for overlooking a flag signal.

At first the five best drivers of the Friday practice sessions went onto the track in the Top 5 Qualifying. Immediately after the traffic light switched to green, it started to rain slightly in the north curve, the hairpin bend and the Motodrom. But there was no bigger rain shower, so all drivers were able to continue on the Pirelli P Zero slick tyres.

Ingo Gerstl (AUT, Top Speed) set a not surprising best time in his Toro Rosso from 2007. With 1:22.505 min he was several seconds behind last year’s record due to the worse weather conditions.

The Italian Armando Mangini (MM International) was able to secure second place. His fellow countrymen Marco and Sergio Ghiotto (both ITA, Scuderia Palladio) did less well today than they did yesterday. Both spun, but were able to resume. While Marco Ghiotto, Monza winner 2018, finally had to be satisfied with 8th place, only 15th place remained for brother Sergio with a time of 1:40.5 min.

In the first half of the 20-minute session Salvatore de Plano (ITA, Top Speed) and Andreas Fiedler (DEU, Fiedler Racing) were fastest. They quickly pushed themselves in front of the fastest FORMULA driver from the Top 5 qualifying, Armando Mangini.

While De Plano decided not to go out for a second time, Fiedler went out for a second try, but stayed behind De Plano. The last attacks on the FORMULA best time came from Alessandro Bracalente (ITA, Speed Center) and Luca Martucci (ITA, MM International). Bracalente had already impressed yesterday when he set the best time in the 1st free practice. With 1:29.8 min he secured the class pole at his first BOSS GP appearance. De Plano and Fiedler will start from row 2, Phil Stratford (USA, Penn Elcom) and Luca Martucci from row 3, Mangini and Marco Ghiotto from row 4.

Best of the Inter Europol team was Philippe Haezebrouck (FRA). The former Le Mans driver finished ninth. Thomas Jakoubek (AUT, Top Speed) cracked the Top 10 shortly before the end. Gianluca Ripoli (ITA, MM International) starts from 11, Walter Steding (DEU, Inter Europol) from 12. ‘Piter’ (FRA, Ray-Ban) starts from 13th. After a Friday once without technical troubles we can still expect a lot for the races. With his World Series by Renault he classified this time in the OPEN class.

The race starts today at 16:10 local time. The first of two races is over a distance of 20 minutes. 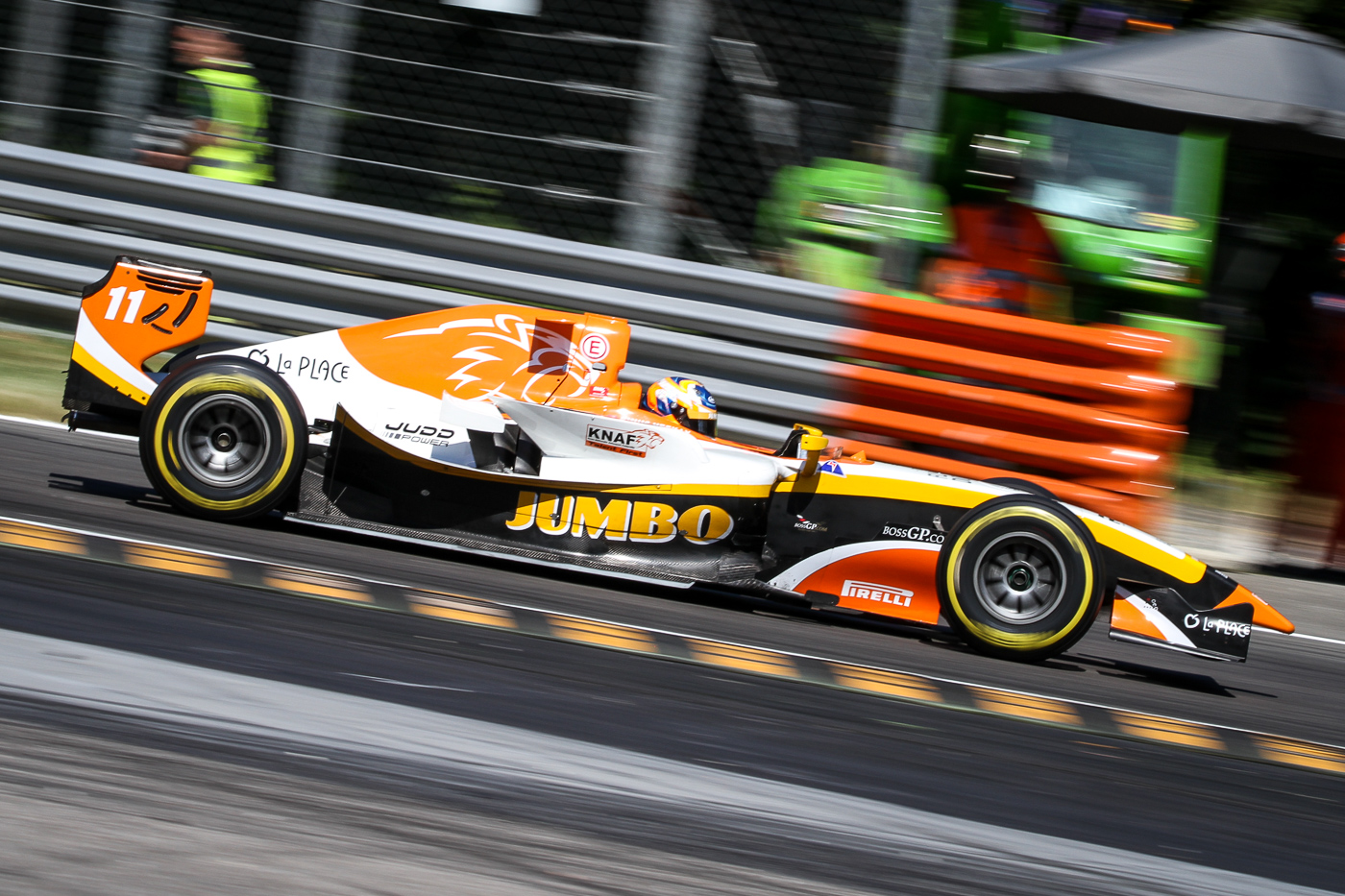