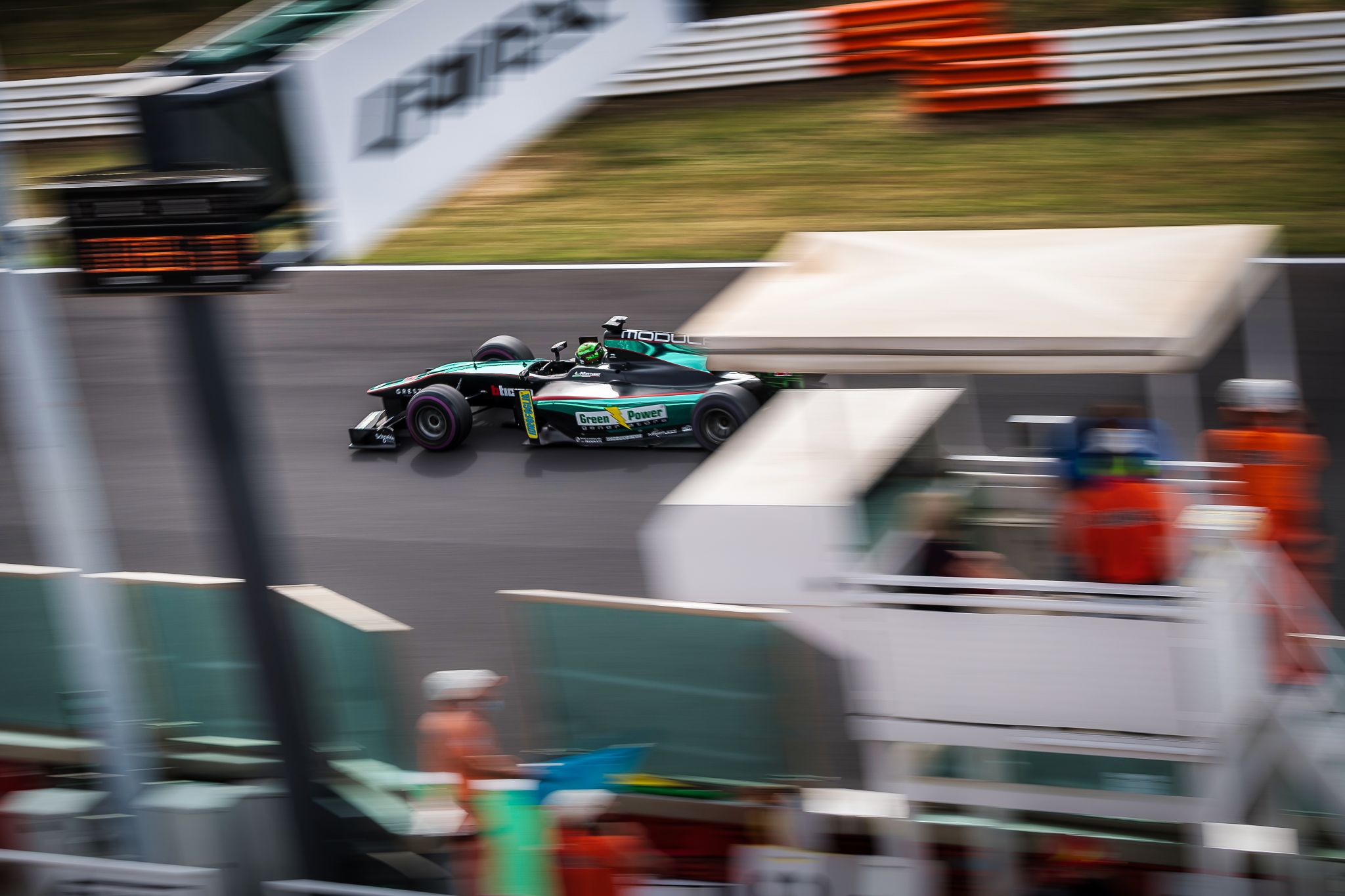 The final decision will be made on the last race meeting of the year: the Pirelli Grande Finale in Misano from 4 to 6 November 2022.

Ingo Gerstl (BOSS GP F1 Class), Harald Schlegelmilch (OPEN) and Andreas Hasler (SUPER LIGHTS) have already been crowned the new champions of 2022 ahead of the Pirelli Grande Finale. The situation is completely different in the FORMULA class, where two drivers can still become champions after two dramatic races in Mugello. On the one hand, defending champion Marco Ghiotto (ITA, Scuderia Palladio). After two titles in a row, compatriot Simone Colombo (ITA, MM International) could break his winning streak this year. Colombo leads by 38 points after ten of the season’s twelve races and has two more victories than Ghiotto under his belt. With a maximum of 50 points up for grabs, Ghiotto will be going all out to repeat his victory double from last year at Misano in his 2011 GP2 car. Colombo (2017 GP2 car), on the other hand, has known since the second race at Mugello at the latest how quickly a race can end in the gravel bed. How much risk will he take this time?

With Luca Martucci (ITA, MM International), another Italian wants to finish his season in the best possible way. In the championship, he could still move up to third place. Whether the track record of 1:24.761, set by Marco Ghiotto in qualifying 2021, will fall this year is unclear. The weather forecast promises a high chance of rain for all three days of the event. Unfortunately, due to stricter noise regulations, the Formula 1 cars are missing on the BOSS GP Racing Series grid this time. The favourite for the overall victory is expected to be Harald Schlegelmilch (LVA, HS Engineering) in his 4.5-litre World Series car.

The BOSS GP Racing Series makes its second stop at the 4.2-kilometre Misano World Circuit Marco Simoncelli this year after last year’s premiere. The track has been in operation near the Adriatic coast since 1972, with the biggest reconstruction taking place in 2006 and 2007, when the direction of the track was rotated (now clockwise) to create more space for run-off areas. Today, like all the other tracks on the BOSS GP Racing Series calendar, the circuit has the highest safety standard and regularly hosts MotoGP, World Superbike Championship and the Fanatec GT World Challenge.

Like last time in Mugello, several Italian racing series will support the BOSS GP Racing Series in Misano. These include the Master Tricolore Prototipi sports car prototype series, the Lotus and Renault Clio RS one-make championships and the Mitjet Italia Racing Series silhouette championship. The line-up will be rounded off by regularity races of the Porsche Club GT. Saturday’s programme starts at 8:45 a.m. and goes until 9:20 p.m. with floodlights. Sunday starts at 8:30 a.m.

The race programme on Saturday and Sunday will be partly broadcast on promoter Gruppo Peroni’s YouTube channel. 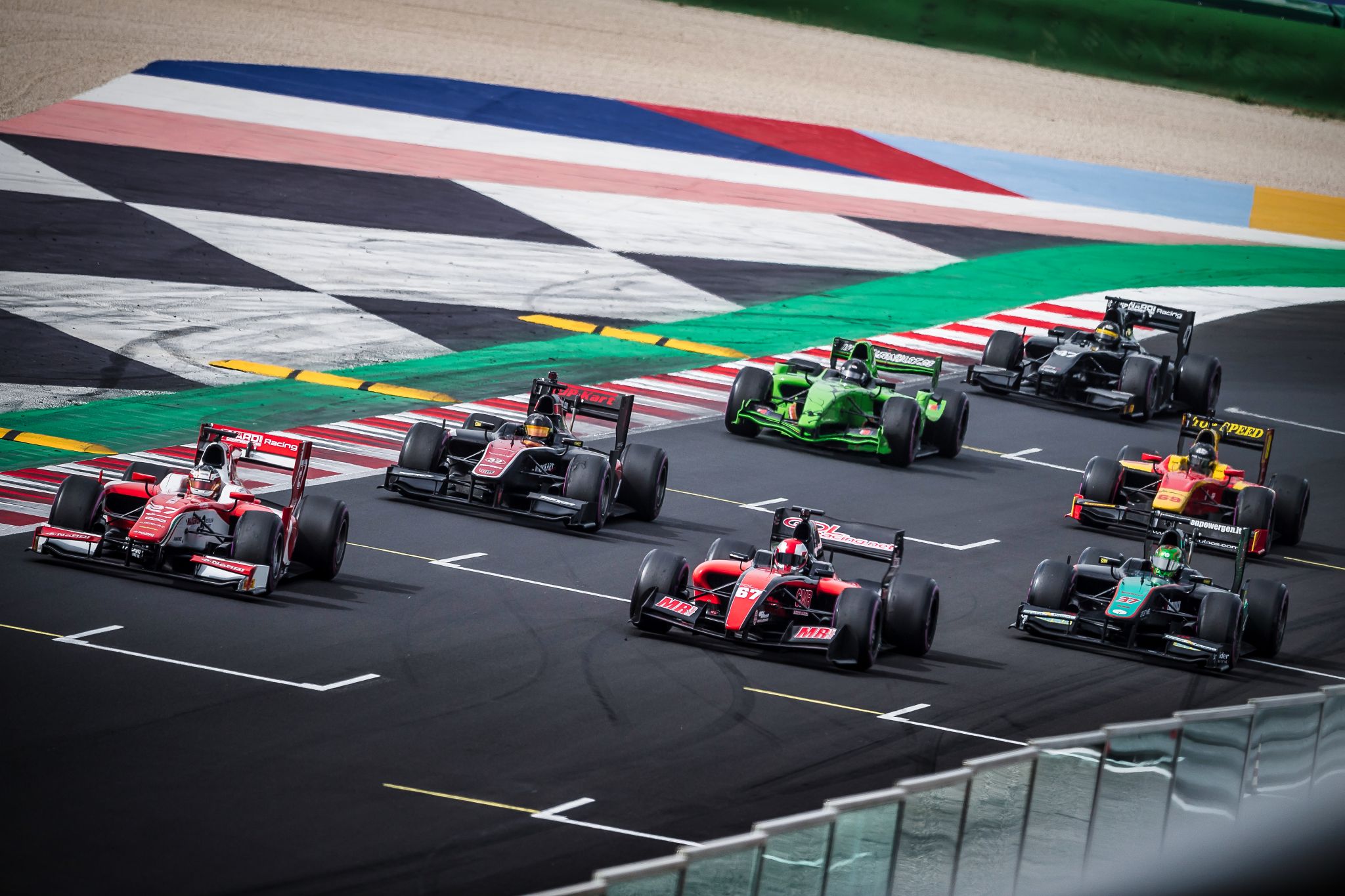 It was not only the asphalt that was boiling on this race Saturday at the BOSS GP premiere at the World Circuit Misano. It also became hot under the helmets, as numerous drivers saw their chances of overall victory this time because of the absence of Formula 1 and IndyCars from the OPEN class.

Marco Ghiotto (ITA, Scuderia Palladio) and Gianluca De Lorenzi (RSM, GDL Racing) started the 20-minute race from row 1. But already on the first metres they got company from Luca Martucci (ITA, MM International), who had started from the second row. Martucci pushed alongside and wanted to take the lead. But Ghiotto held his own, braking on the inside and a little later than Martucci, thus retaining the top position. Behind, Martucci ran out of room against Colombo and Fiedler, resulting in a collision with Thomas Jackermeier, who touched Martucci’s Dallara GP2. Both drivers were able to continue the race. Jackermeier, however, only after a safety stop at his crew in the pits.

Further back in the field, Christian Ferstl’s race came to an end on lap 2, while he was in an intense three-way battle with Bruno Jarach (EST, Eesti Motorsport) and Paul O’Connell (IRE, HS Engineering). Because the car of hillclimb specialist Ferstl parked on a dangerous spot, the Fanatec Safety Car was sent out onto the track.

At the restart, Ghiotto was confronted with the next attack, because Colombo tried to pass the defending champion in the first corner, a slow right-left-right combination. But Ghiotto blocked cleverly, and Colombo also demolished his front wing in the failed overtaking attempt. It did not take long for De Lorenzi to take advantage of Colombo’s resulting handling problems and retake second place. The quickest World Series by Renault driver quickly set off in pursuit of Ghiotto – pushing hard with fastest lap times. But Ghiotto was smart with his tyres and really gear up the pace at the halfway point of the race. De Lorenzi, on the other hand, was suddenly busy with Colombo, who was still able to keep Martucci behind him with a slightly damaged front wing. On the penultimate lap, Colombo made the overtaking manoeuvre and passed De Lorenzi. Things got even worse, as Martucci also overtook Gianluca on the very last lap and made it onto the podium.

This meant that the podium was completely in Italian hands this time: Ghiotto triumphed in the fifth race this year for the fourth time in the FORMULA class. BOSS GP rookie Simone Colombo not only scored 22 valuable points with second place, but also his best career finish, and Luca Martucci stood on the class podium for the third time this year.

Behind De Lorenzi, O’Connell crossed the finish line in the HS Engineering winning car from Spielberg. The Irishman showed a strong race performance from the last grid position and was rewarded with fifth place. Even the experienced Andreas Fiedler, who even tackled the top-3 in the first laps of the race, and Walter Steding (GER, Scuderia Palladio) could not keep the BOSS GP newcomer behind them. Simon Jackermeier (GER, Top Speed) also finished his very first race respectably and without major difficulties in eight place in the FORMULA classification.

The winner’s trophy in the SUPER LIGHTS classification went to Maurizio Copetti (Scuderia Palladio). Copetti made sure that the Italian anthem was played twice today. After a warm-up at 9:30 a.m., the 25-minute main race of the BOSS GP Racing Series will follow tomorrow, Sunday, at 3:10 p.m. local time (again in the livestream) as part of the Peroni race weekend in Misano. 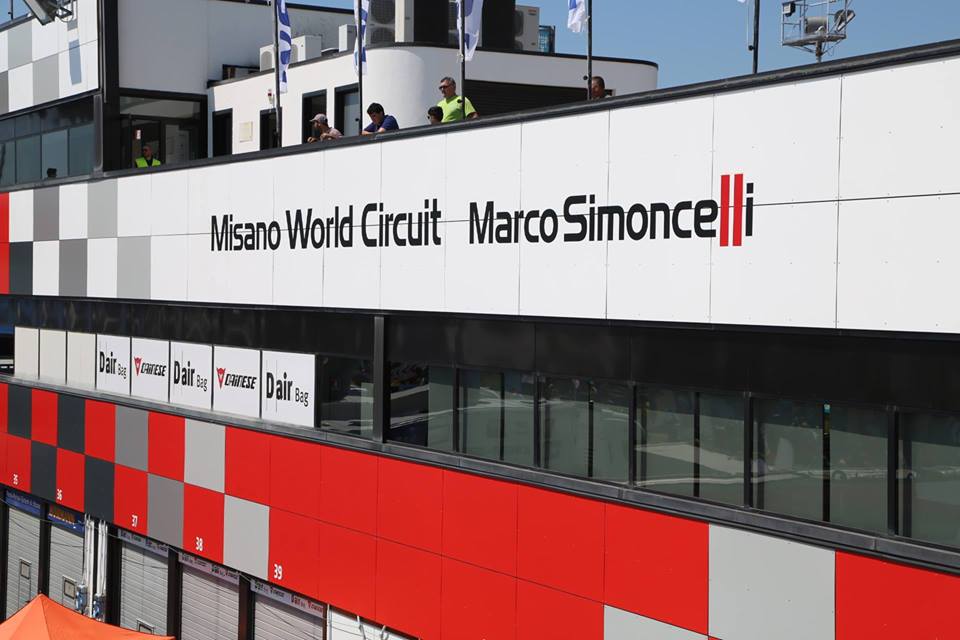 From 18 to 20 June, Misano will be the venue for round 3 of the BOSS GP Racing Series 2021. For the first time, the Big Open Single Seaters will stop at the Adriatic Sea and offer the pilots the unique chance to attack the lap record on the modern racetrack within sight of the popular seaside resort of Rimini. The current lap record is 1:25.380, set 13 years ago by Clivio Piccione during an Auto GP series race.

For many BOSS GP drivers, the Misano World Circuit Marco Simoncelli is new territory, as it is for the series in its 27th season. Two 30 minutes free practice sessions on Friday should help to familiarise with the 4.2-kilometre-long racetrack. To be on the safe side, one or the other pilot also put in a few practice sessions in the racing simulator.

The track has been in operation since 1972, the biggest reconstruction took place in 2006 and 2007, when the direction of the track was turned (now clockwise) to create more space for run-off areas. The track now has the highest safety standards, as do all the other tracks on the BOSS GP Racing Series calendar. Last weekend, the World Superbike Championship raced at Misano, other highlights in the 2021 schedule are the MotoGP and Fanatec GT World Challenge Europe events.