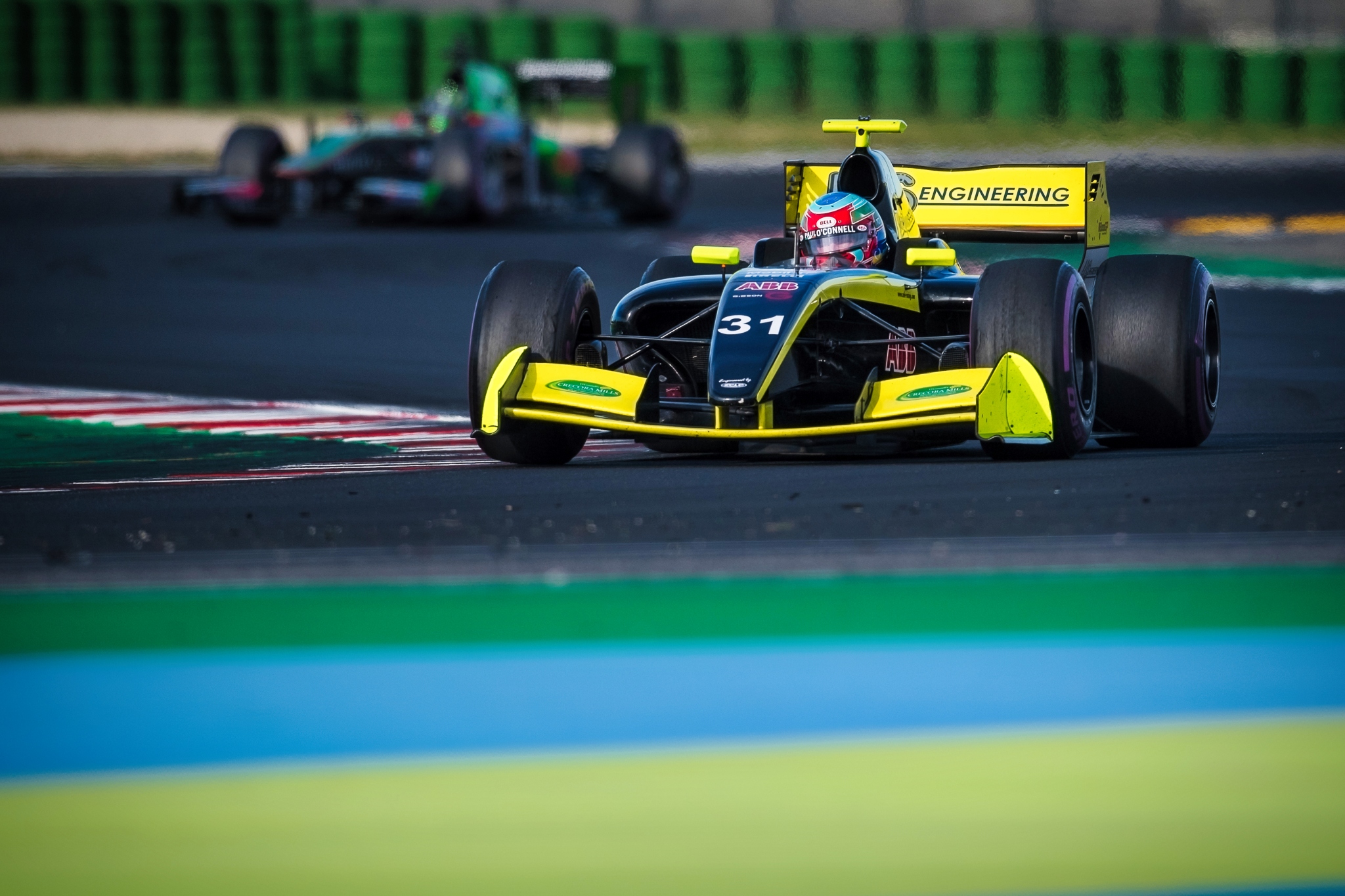 Harald Schlegelmilch (LVA, HS Engineering) secured the best starting position for the Pirelli Grande Finale in qualifying on Saturday morning. In damp conditions, the OPEN class driver was in a class of his own in his tuned World Series car. In the absence of the BOSS GP F1 Class, he set by far the fastest lap time of the final BOSS GP qualifying session of the year with 1:35.159.

With second place overall in qualifying, Simone Colombo (ITA, MM International) took an important step towards the FORMULA class title. Although his main rival, Marco Ghiotto (ITA, Scuderia Palladio), came close to him towards the end of the half-hour session, Colombo defended himself with another improvement of his lap time.

Alexander Geier (AUT, Geier Racing) caused a sensation. The six-cylinder driver from the SUPER LIGHTS class qualified in fourth place overall and thus topped his previous best performance by far. With dry conditions forecast, can he defend himself against the armada of GP2 cars in the race?

Geier’s compatriot Michael Aberer (MA Motorsport) will start the race from row 3 together with Luca Martucci (ITA, MM International). Giancarlo Pedetti (ITA, Nannini Racing) and Paul O’Connell (IRE, HS Engineering) will start from row 4. As a rain specialist, O’Connell had expected a lot in the wet conditions. But the Irishman lost valuable track time after a spin and was only able to return to qualifying late in the session.

The eleventh race of the season with a distance of 20 minutes starts today at 14:35.