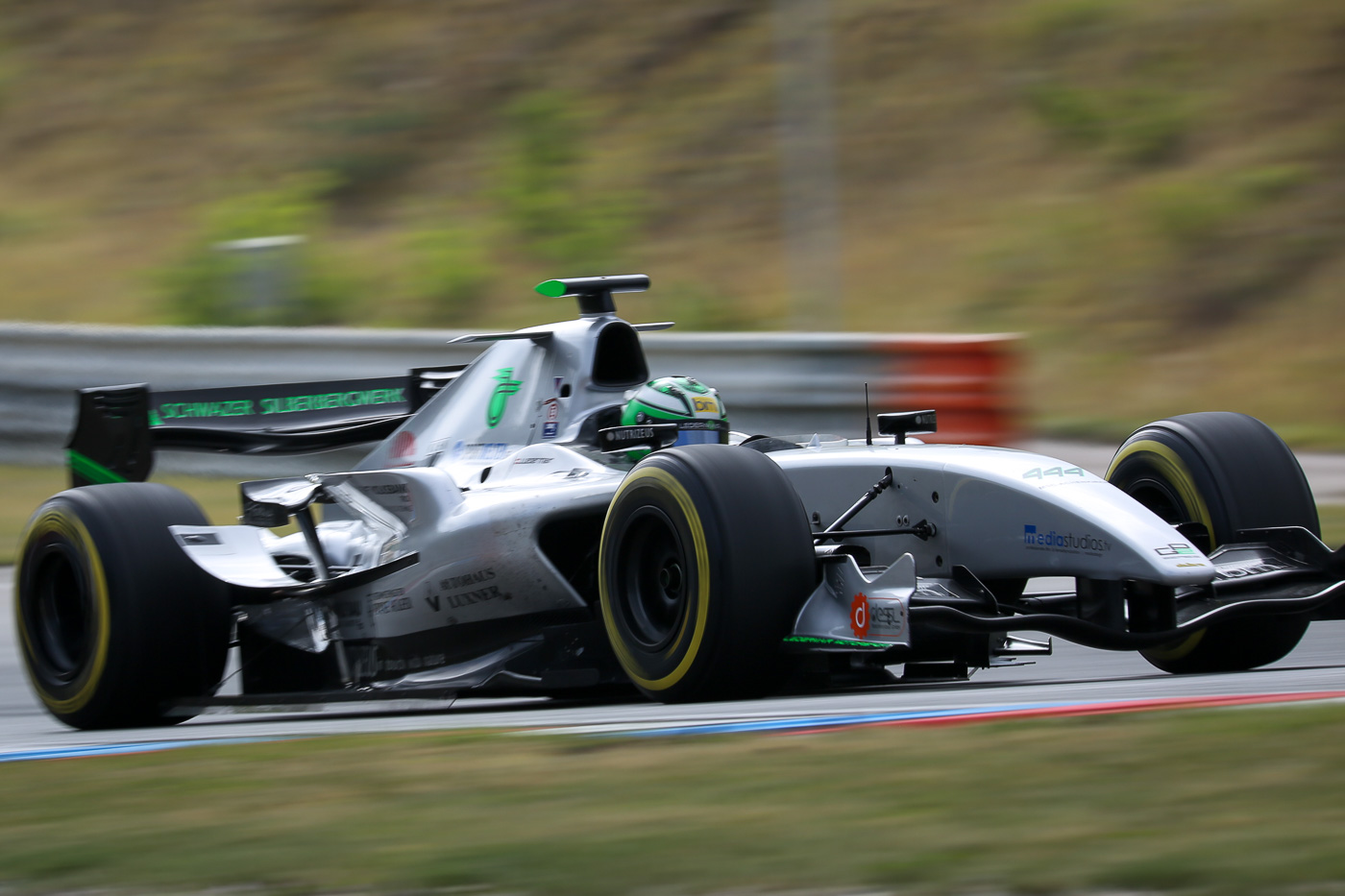 A start grid of twelve drivers is racing the FORMULA class at the “Masaryk Racing Days” in Brno (CZ) for season races 11 and 12. Almost all of the “usual suspects” are ranked on the top positions of the FORMULA grid after Qualifying.

Johann Ledermair (Ledermair Motorsport), currently on position 3 of Championship ranking is obviously aiming for getting back to the top position of his class. At Qualifying in Brno he performed the fastest lap of the FORMULA drivers with 1:42,540 min instantly in first lap with his Dallara GP2, significantly improving his best lap time from the free practice session (1:47,561).

Ledermair was followed by Mahaveer Raghunathan (MM International Motorsport, Dallara GP2), who performed his best lap in lap 2 with 1:44,829 (gap: 2,289 sec). A real close gap of only 0,56 sec behind Raghunathan, Florian Schnitzenbaumer (Top Speed) was finishing his best lap at in 1:45,388 with his Dallara GP2..

So it’s the trio of Ledermair, Raghunathan and Schnitzenbaumer, who lead the FORMULA field of the BOSS GP after Qualifying and will start from positions 3, 5 and 6 of the overall start grid. Surprisingly Salvatore De Plano (MM International Motorsport), who showed strong and increasing performances during the last races and always taking a spot at the Top 3 trio, finished Qualifying this time on position five (1:46,502), with teammate Armando Mangini (MM International Motorsport) in front of him ranked fourth of the FORMULA class at Qualifying with his best lap in 1:45,743. It was Göllner, who caused two red flag phases during Qualifying, when he spun off the track twice. Nevertheless the Swiss managed to bring home a good personal lap record, which finally brought him position 11 on the start grid for the race on afternoon (start: 3:00 p.m.).

The overall results of Qualifying of FORMULA class at “Masaryk Racing Days”:

Since OPEN and FORMULA class have different classifications, but drive together at the race, the whole start grid of 15 drivers will start into the race on afternoon. Ingo Gerstl (Top Speed, OPEN class) once more this season owns the pole position. Johann Ledermair (Ledermair Motorsport) as fastest FORMULA driver will start from position 3, still in front of OPEN class driver Bernd Herndlhofer (H&A Racing Team) on position 4. This is the complete start grid for race 1 at the “Masaryk Racing Days”  in Brno 2017: