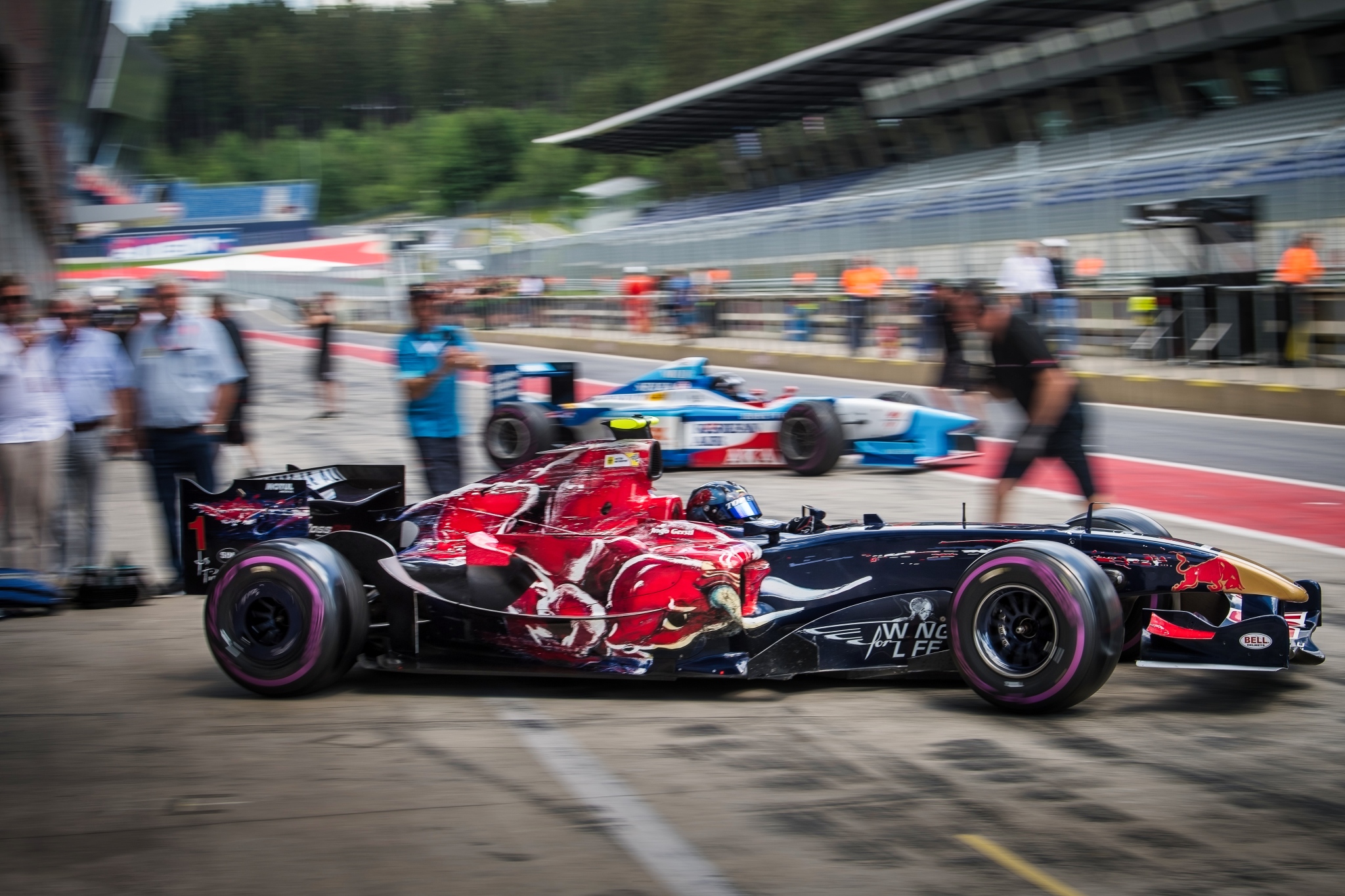 Pole position for Ingo Gerstl at his home race in Austria.

With a lap time of 1:12.076 min Ingo Gerstl (AUT, Top Speed) set the best time in qualifying on Saturday morning with his Toro Rosso STR1. In front of a well-attended crowd, the man from Salzburg squeezed one fast lap after another out of his Formula 1 and the Pirelli P-Zero tires and continued to improve several times. Second fastest Formula 1 driver was Thomas Jackermeier (GER, Top Speed) in his very first outing in Sebastian Vettel’s winning car (Monza 2008), the Toro Rosso STR3. Ulf Ehninger (GER, ESBA Racing) was able to qualify his Benetton B197 without any problems on class position 3 today after a defect on his front wing yesterday in the practice sessions.

As expected, the fastest OPEN driver was Harald Schlegelmilch (LVA, HS Engineering). In the modified Dallara World Series car he set clearly the fastest lap with 1:15.644 min. Anton Werner’s (Ryschka Motorsport) IndyCar is also an eye-catcher in the OPEN category. The German qualified in the middle of the FORMULA field.

Zdenek Chovanec-Lopez (CZE, MM International) did not show any weakness in FORMULA qualifying. The ex-Formula 3 driver dominated the class ahead of reigning champion Marco Ghiotto (ITA, Scuderia Palladio), Luca Martucci (ITA, MM International) and Simone Colombo (ITA, MM International). The three Italians were separated by only three tenths of a second, and close fights for positions in the races are to be expected here. Walter Steding (GER, Scuderia Palladio) and Michael Aberer (AUT, AM Motorsport) follow in 5th and 6th place. Technical problems slowed down Bernd Herndlhofer (AUT, H&A Racing) at his BOSS GP comeback, he starts into the races from position 11 in class.