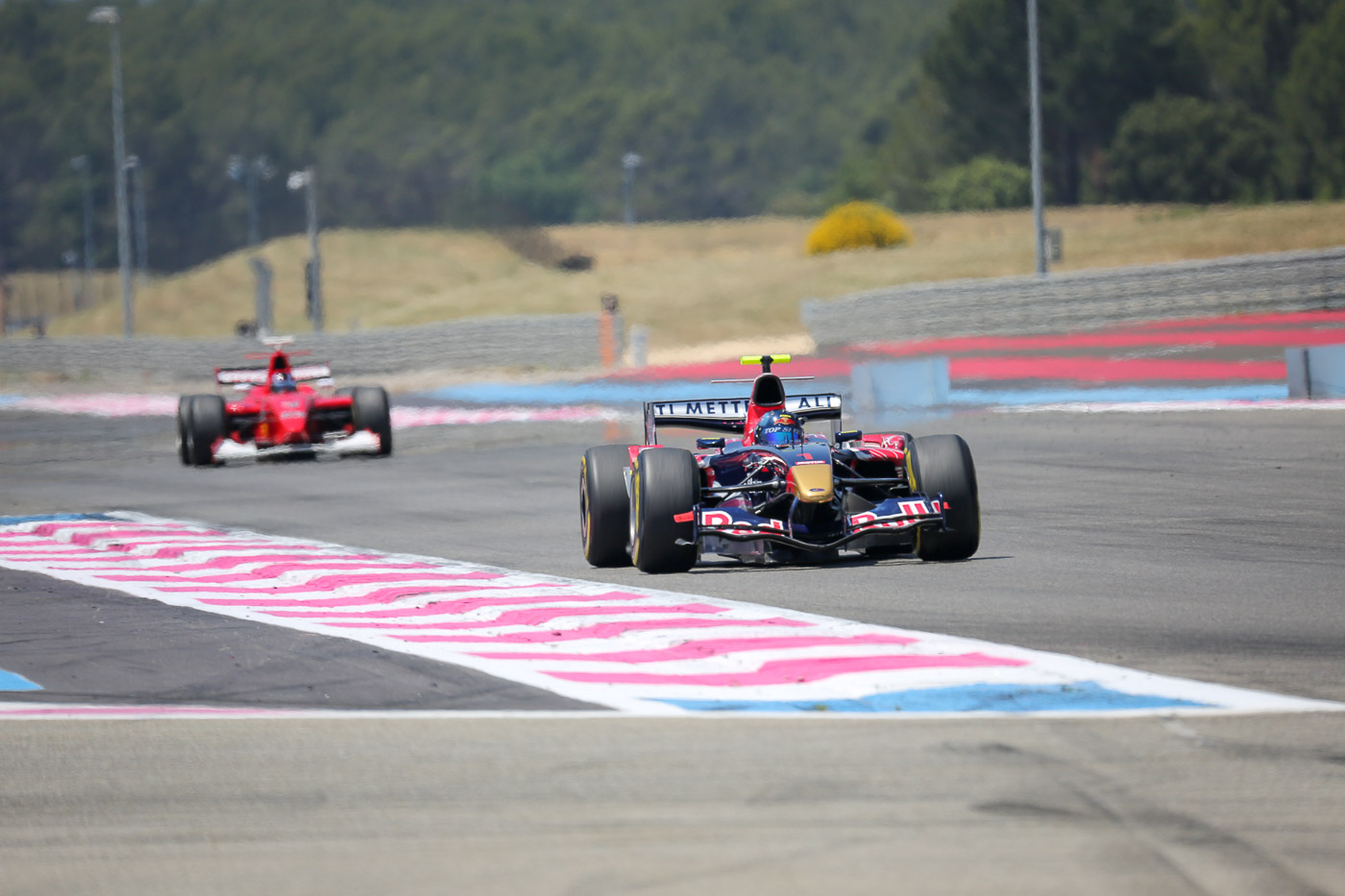 Blue sky and 25° – Le Castellet obviously wants the best for BOSS GP. Fitting to great weather in southern France, the BOSS GP teams had an practice day, which mostly run according to the plan.

“Both training sessions went well with the exception of some technical problems of the Dallara from Karl-Heinz Becker”, race-coordinator Christian Gänse was satisfied with the performance on practice day.

Fastest drivers on track – the “usual suspects”. First practice session was led by Ingo Gerstl (Top Speed) in his Toro Rosso STR1 (OPEN class) with a best lap-time of 1:48.490 min on the 5.842 km long track. He was followed by teammate Florian Schnitzenbaumer (Top Speed), who got a best lap-time of 1:56.394 min in his Dallara (FORMULA class). Mahaveer Raghunathan (PS Racing by Coloni Motorsport) in his Lola (FORMULA class) sharply behind (1:57.001 min) and Johann Ledermair (Ledermair Motorsport) in his Dallara (FORMULA class) as well sharply behind (1:58.614 min) also remained under the two-minutes-mark.