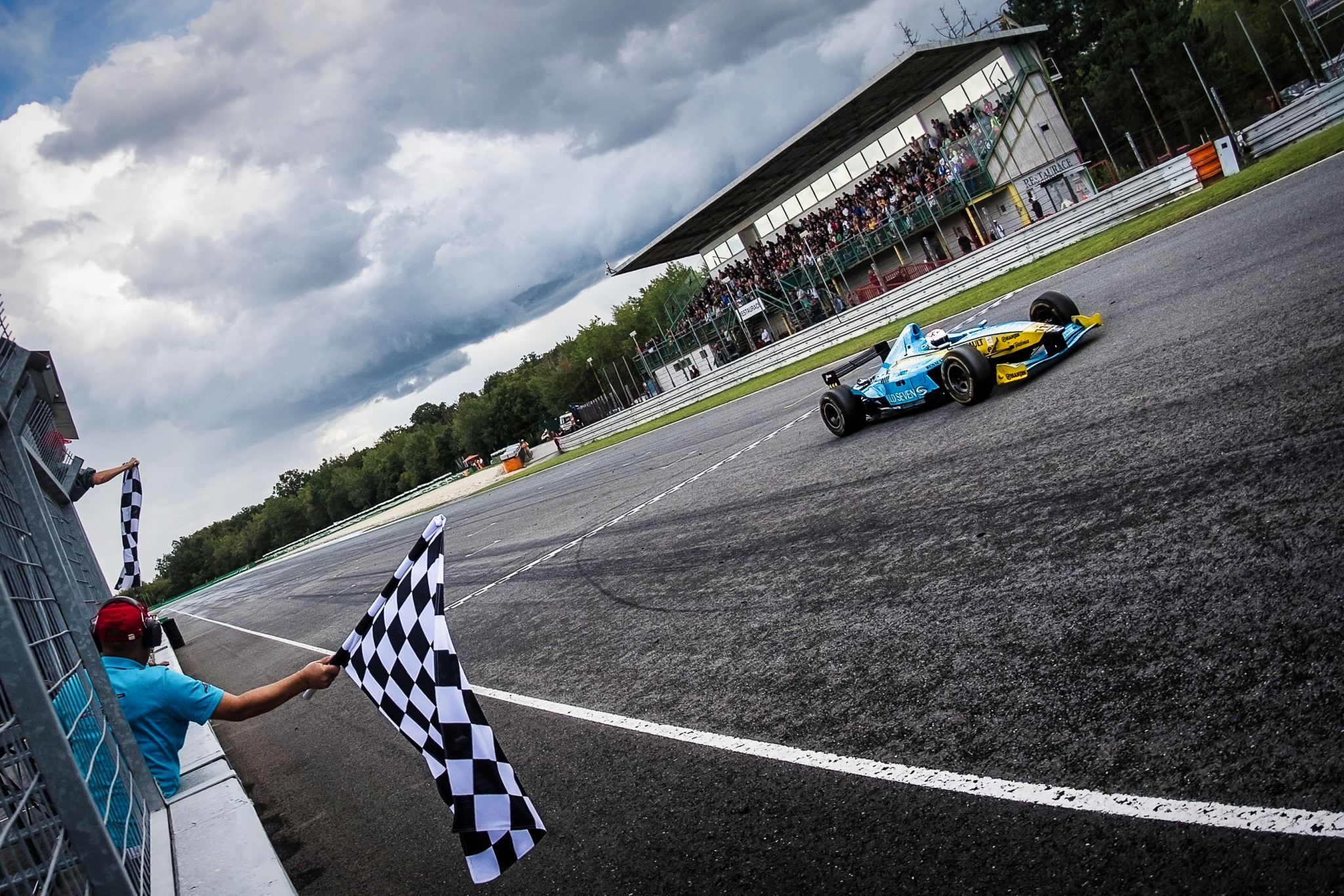 After four class wins in a row, SUPER LIGHTS rookie Alexander Geier (16, from Salzburg) tells us in an interview about his career and his goals in motorsport.

ALEXANDER GEIER: “I started with a Formula König when I was eleven, we drove a lot with it. Then came a Formula Renault 2.0 built in 2002, with a sequential gearbox. Then, at 13, we bought a new Formula Renault, already with pedalshift. I raced it in the Histo Cup Austria until last year. Then Ingo Gerstl (Team Top Speed) gave me the chance to race in the BOSS GP Racing Series. For the next step, we bought the Tatuus World Series by Renault 3.5, which we now race in.”

What skills does a driver need to be able to drive such a bolide?

GEIER: “Basically, anyone can drive it. The brakes are only applied on the left, which is difficult for many people. Also, the clutch is on the steering wheel, driving away is difficult, but steering the car itself is doable with a bit of practice.”

What makes the BOSS GP Racing Series special for you?

GEIER: “Fast cars, the races – just everything. It’s quite different from anything I’ve driven before. Definitely more professional! The driving level of the series is also much higher than is often assumed. Of course, in some duels you do have to hold back because the cars are a bit older and there are often few spare parts. But that’s all too understandable because of the costs.”

You are on the events with your own team. How is that made up?

GEIER: “In the past it was just my dad and me, we also do our own wrenching at home in the garage. Now there are always three of us on the road. Willi is a good friend of my father and now part of our team, he likes racing too.”

What are your big goals for the future?

GEIER: “The next step should come in 2023. We want to start with a Formula 2. We are training for that now and looking for sponsors. It’s almost impossible to pay for that ourselves, so we’re dependent on help here.”