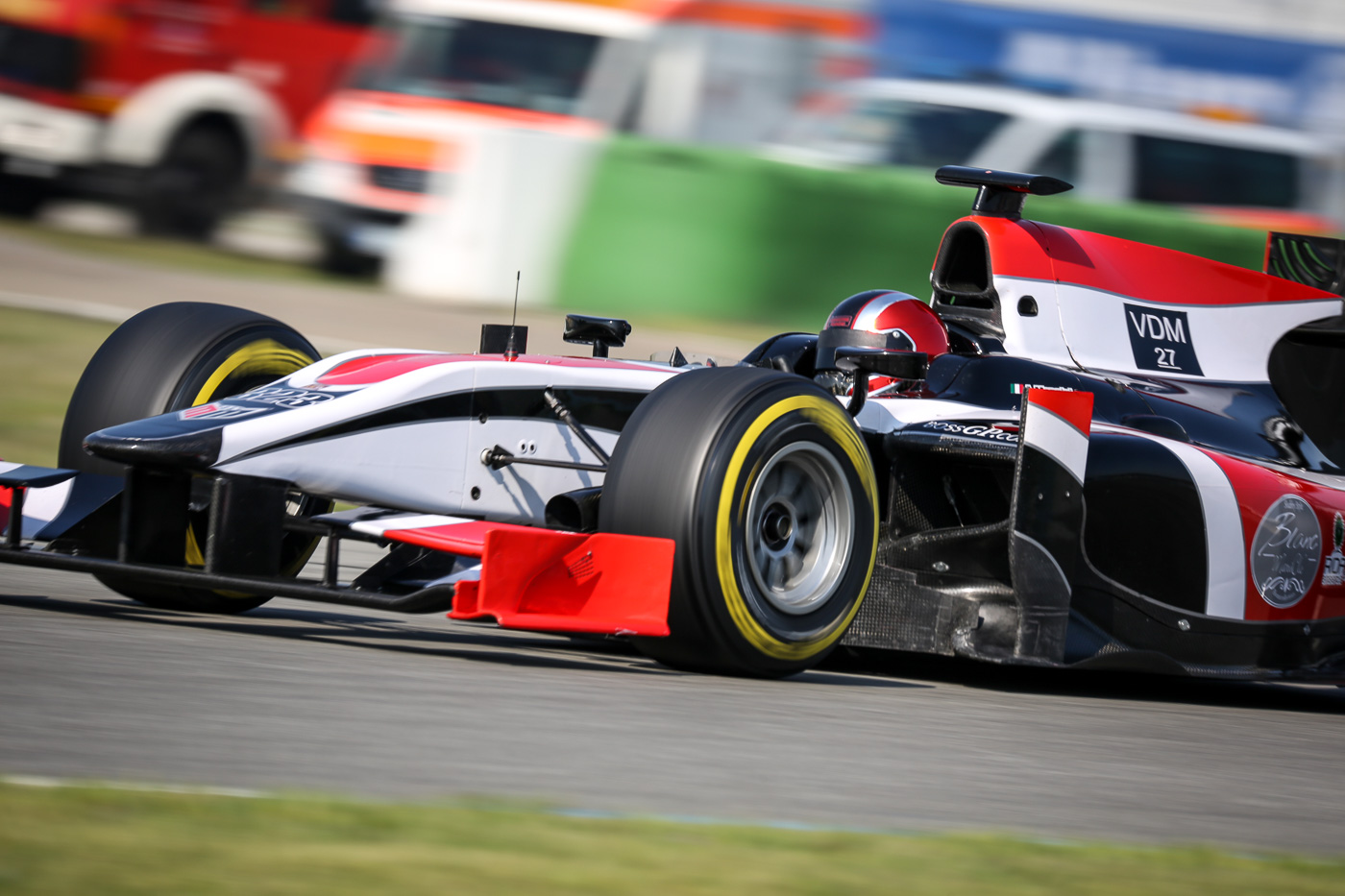 Not surprisingly, the Austrian Ingo Gerstl takes pole position. De Plano and Schnitzenbaumer in the FORMULA only seperated by two hundredths of a second.

OPEN:
Only two of the four registered cars could start into qualifying today: Ingo Gerstl in his Toro Rosso and Phil Stratford in the Benetton, which the technicians managed to repair overnight. Bernd Herndlhofer and Wolfgang Jaksch had to pack their cars yesterday.

With 1:25.2 min Stratford improved his times in comparison to the previous day noticeably, against the ten years younger STR1-Cosworth of Gerstl of course no cure grew. The Austrian managed to finish under 1:20 with 1:19.664 min. Phil Stratford’s Benetton is repaired and back on track

FORMULA:
This is where the music plays, especially when it comes to the excitement of the race: The fastest times were set by the drivers in Qualifying 1, which is reserved for the five fastest drivers from yesterday’s practice. Florian Schnitzenbaumer in the Dallara-GP2 of Top Speed led until shortly before the end of the only eight-minute session. Salvatore de Plano, who set the best time in the first free practice yesterday, beat the German in the penultimate lap and improved his time from 1:29 to 1:27.9 min. Only two hundredths of a second separated the two FORMULA pilots. De Plano was annoyed about a mistake in the first flying lap in the braking of the second corner, which almost cost him his pole. Schnitzenbaumer expects a close race between the two GP2 drivers.

Armando Mangini (MM International) is already in third place in the FORMULA class by far, but still very satisfied. On the track at Hockenheim, which he did not like, the Italian managed to get a good starting position for the first race this afternoon.

The second qualifying group was disturbed by interruptions. Martin Kindler stopped in the Mercedes Arena, a wheel nut had come loose – the car was towed away.

Shortly after the release Manfred Loach and Andreas Fiedler collided in the warm-up lap. Understandably Fiedler ran badly into the top speed pits. Loach damaged his front wing and also had to park his car at the side of the track, so the fast Austrian only starts from 13 at his BOSS GP debut; Fiedler has to start far more back from 16. Bianca Steiner (Top Speed) did a better job, she came close to the FORMULA front runners; behind de Plano, Schnitzenbaumer and Mangini she is fourth in the FORMULA class.

Best non-GP2 of the FORMULA racers was Karl-Heinz Becker, who got his red Worldseries car ready right before the qualification and will start later as tenth. Right before they collide: Manfred Loach in front of Andreas Fiedler