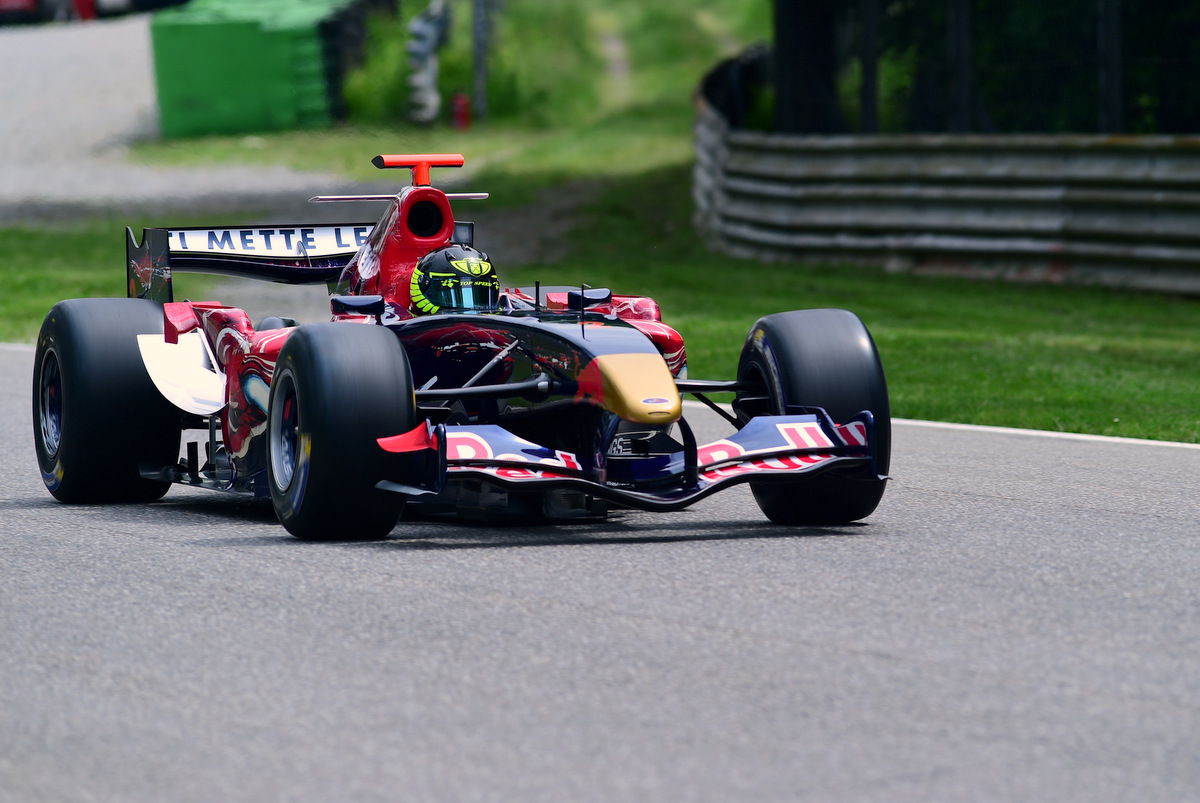 The GAMMA Racing Day in Assen (NED) evolved within the last years to Europe`s biggest multi-class motorsport event! Last year more than 80.000 fans flocked to the legendary TT-Circuit and witnessed all kinds of high class motorsport from different 2-, 3- and 4-wheel race series. One of the top highlights of this year’s line-up will be the BOSS GP Championship races no. 9 and 10 of the 2015 season.

After Klaas Zwart gave green light to deploy his Jaguar F1 again, today the Austrian driver Ingo Gerstl also confirmed, that his stunning Toro Rosso STR1 will be ready to be launched in Assen. For the first time this year all fans are able to witness a true battle between two of the fastest, ever built F1 cars with their original Cosworth V10 engines. Not less-interesting will be also the long awaited return of Austrian Peter Milavec in his completely new rebuilt Panoz DP01 Champcar, now fitted with a strong 4.2l Judd V10 engine. High Speed, extreme noise and spectacular motorsport can be already guaranteed! The FORMULA Class, currently lead by the Austrian Johann Ledermair became also again more thrilling as his direct contender Jakub Smiechowski shortened the gap between himself and Ledermair to only 8 points. Smiechowski won both races in Zolder and he will be extremely focused in order to increase pressure on the Austrian youngster. While the French Superleague driver Christopher Brenier have to make a break for this event, his closest competitors, the German pilots Wolfgang Jaksch and Florian Schnitzenbaumer for sure push to pedal to the metal in their GP2’s and will fight for the 3rd position in the Championship ranking. It will be interesting to follow their individual performances in Assen as none of the two have ever raced there before. But this might be an advantage for the current holder of P6, Henk de Boer. He could be the big beneficiary as he knows the TT race track and he will be definitely highly motivated facing his huge home crowd on known terrain. The Czech female driver Veronika Cicha travels to the Netherlands being still the big surprise in the 2015 BOSS GP season. The first ever female driver in the BOSS GP series finished to date every single race and holds currently a remarkable P7 in the Championship ranking. The MASTERS Class opens a further chapter on the never ending duel between the two German ‘evergreens’ Hans Laub and Karl-Heinz Becker. Both drivers caught exactly the same points in Zolder and the gap between the leader Becker and his follower Laub is still 16 points. The tight battle might be even last to the final two races of the season in Dijon, if not one of the two will become nervous and could be already affected by an unforced error during the races in Assen. If so, even P3 holder Walter Steding (GER) might still have a slight chance to sneak between the two`s. His back log is recently 29 points and he will definitely try everything to keep the gap as close as possible. The GAMMA Racing Day in Assen is truly one of an event nobody should miss, when it comes to exciting motorsport in front of an unbeatable crowd of cheering motorsport fans. All BOSS GP pilots will be highly pumped up to show their best performance in front of the expected ~90.000 fans joining this spectacular race weekend on August 1st and 2nd.

BOSS GP – Where The Big Boys and Girls Playing!