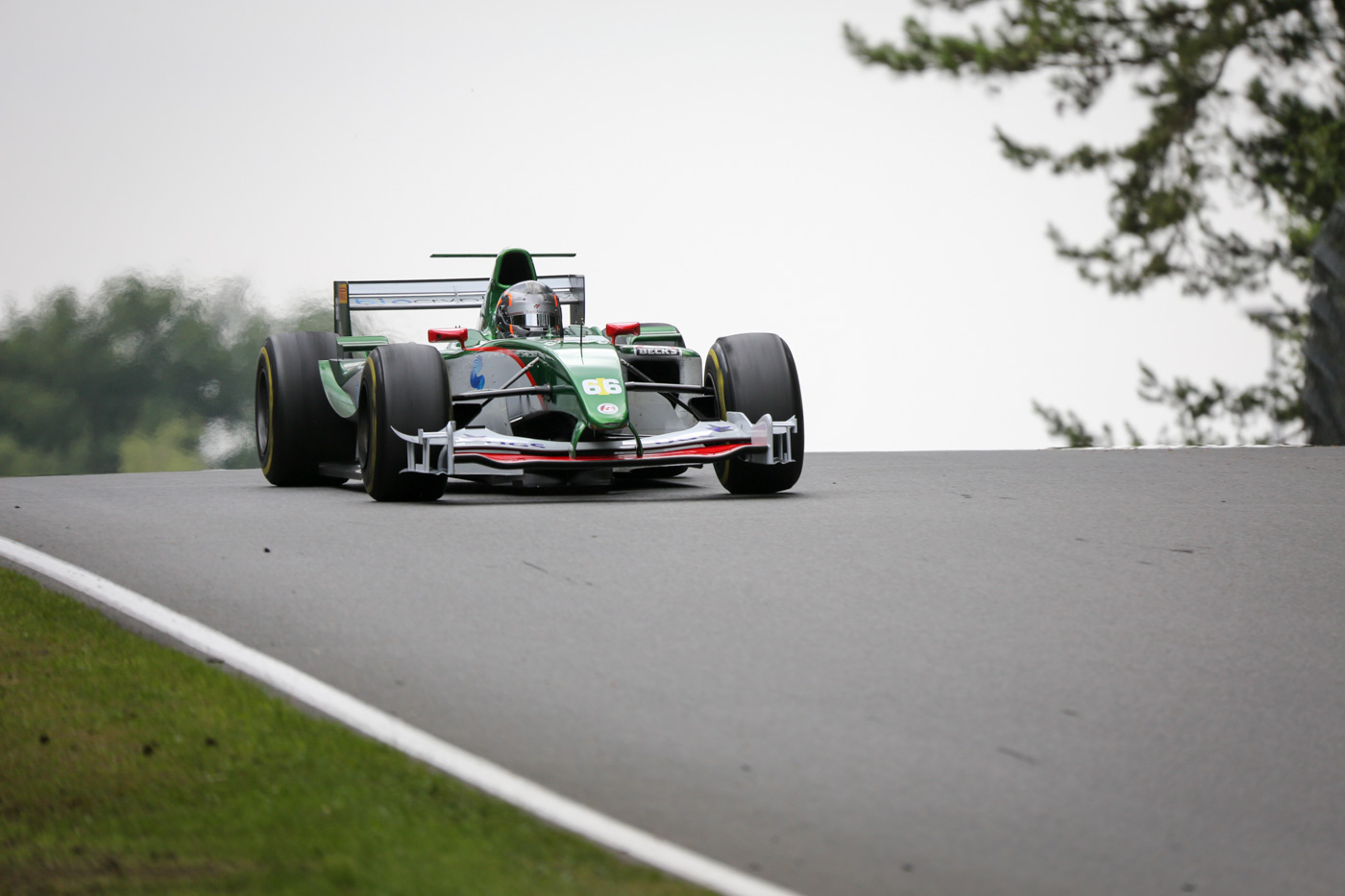 Full of action was the first race of the weekend at the “Zolder Superprix” in Belgium. Both drivers of the OPEN class struggled on the track.

Despite struggling with technical issues during the Qualifying, the lap times Klaas Zwart (Team Ascari) had raced in the morning as well as Phil Stratford (Penn Elcom Racing) promised an exciting race at the afternoon. Starting from Pole Position (Zwart) and position 2 (Stratford) both OPEN class drivers lead the start grid in Zolder (OPEN and FORMULA class start in one grid at the race).

Zwart kept the lead with his Jaguar R5 Cosworth 3.0 V10 for 15 laps and showed without any doubt a dominant performance on the Belgian track. He achieved his best time in lap 3 with 1:16,002 min. Only a burst tyre finally stopped the Dutch in lap 16, shortly before the finish of the race. Having 15 laps completed, Zwart was classified without any problems and won the podium of the OPEN class as well as his first 25 points of the Championship 2017. Phil Stratford preparing for the race at Zolder 2017.

Unfortunate went Phil Stratfords race. Ranked as second of the OPEN class for an overall amount of ten laps, the American had to return with his Benetton B197 Judd 4.0 V10 to the box in lap eleven: “I lost the drive”, he explained, “but that’s racing. It can happen.” Stratford had performed the best time in lap 4 with 1:21,624 min.

So at the end of the day Zwart was the only finisher of the OPEN class at race 1 in Zolder at the “Superprix”-weekend. Hopefully both OPEN class drivers will start at race 2 on Sunday morning (start: 12:25 a.m., duration: 20 minutes).