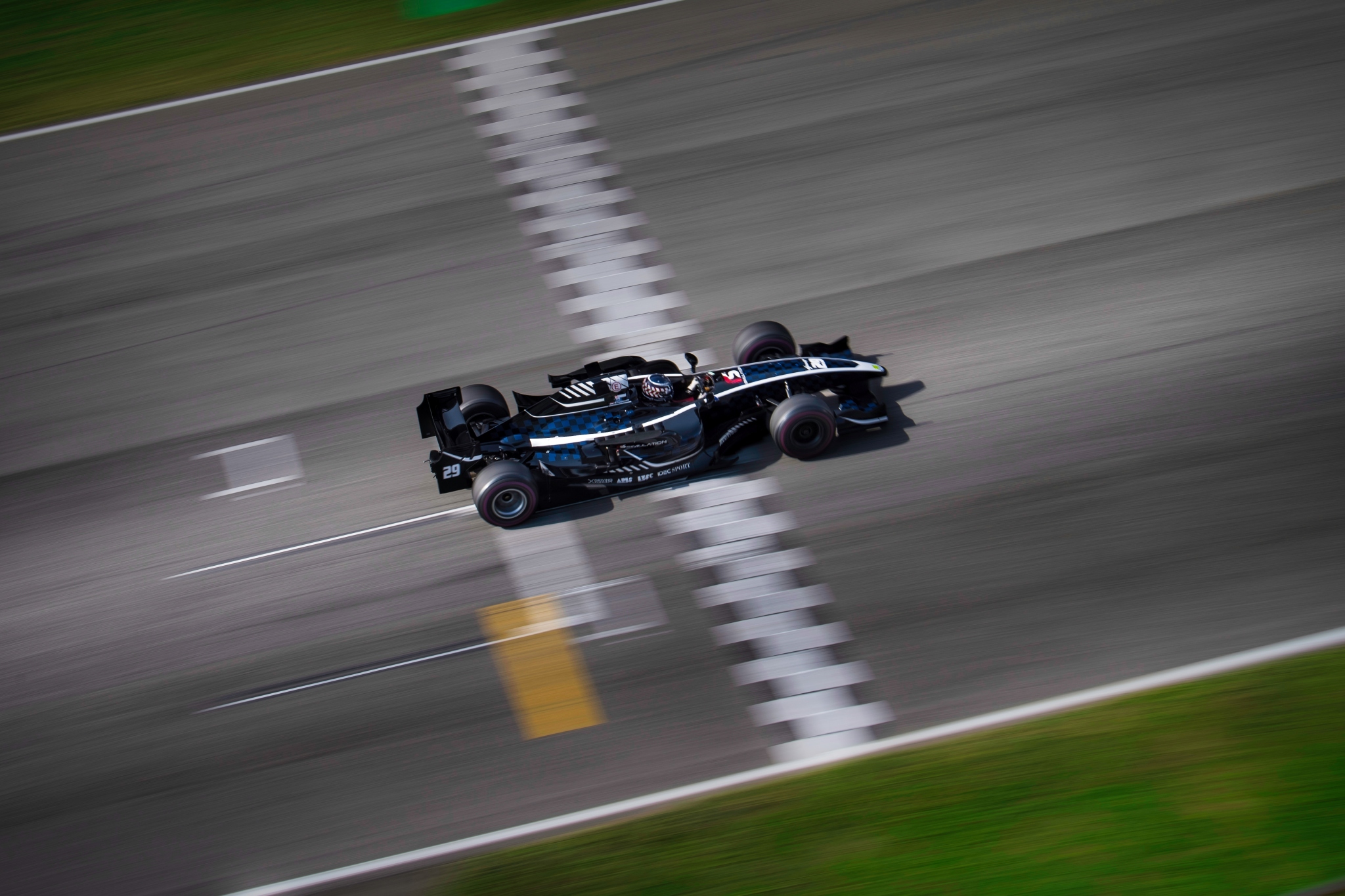 Pole position for Ingo Gerstl at the “Forza Fanatec” in Mugello. Ghiotto holds his own against FORMULA leader Colombo and Andreas Hasler is fastest in the SUPER LIGHTS.

Ingo Gerstl (AUT, Top Speed) confirmed his role as favourite with the best time in qualifying. With a lap time of 1:26.747, the driver of a Toro Rosso STR1 secured pole position for the two race rounds in Mugello. Gerstl will be followed at the start by OPEN driver Harald Schlegelmilch (LVA, HS Engineering) in the World Series car with 4.5 litres capacity (instead of 3.5). Thomas Jackermeier (GER, Top Speed) will start from row 2. Jackermeier is competing for the first time in a Formula 1 car at Mugello and is doing excellently so far. Will he be able to step up a gear in the race and follow Gerstl?

Marco Ghiotto (ITA, Scuderia Palladio) secured the best starting position in the highly competitive FORMULA classification. The two-time BOSS GP champion started in qualifying section 2 after a cautious Friday practice run and it took him a few laps to get past team-mate Francesco Malavasi (ITA) on the timings and then championship leader Simone Colombo (ITA, MM International). With a fantastic time of 1:35.035, Ghiotto qualified almost nine tenths of a second ahead of Colombo, who lost time especially in the first sector. Filling the starting row behind are BOSS GP rookie Francesco Malavasi and Luca Martucci (ITA, MM International), who is a candidate for the podium with a good qualifying performance on one of his favourite tracks. Team-mate Salvatore de Plano (ITA) follows behind.

With Joey Foster (GBR, HS Engineering) withdrawing from the event, the only World Series by Renault 3.5-litre pilot Paul O’Connell qualified sixth in class. Best from the Zig-Zag squad was Nicolas Matile (MCO) in the Auto GP Lola in eighth in class, just ahead of teammate Jean Christophe Peyre (FRA). Team leader Marc Faggionato (MCO) was unable to take part in practice after spinning and will therefore have a race to catch up.

In the SUPER LIGHTS category, rookie Alexander Geier (AUT, Geier Racing) only familiarised himself with the track today after still being in school yesterday. Geier’s Tatuus World Series V6, however, remained in the pits with gearbox problems, so Andreas Hasler (AUT, Hasler Motorsport) will start the races as the best-placed SUPER LIGHTS competitor. Walter Colacino (ITA, Colacino Motorsport) qualified his Formula 3000 in 15th place overall.

The first race starts today, Saturday, at 15:05 local time and is over a distance of 20 minutes, the second race over 25 minutes is scheduled for tomorrow, Sunday, at 13:15. In order to keep the workload on the Formula 1 cars low, the BOSS GP F1 Class will see the chequered flag after 15 minutes. 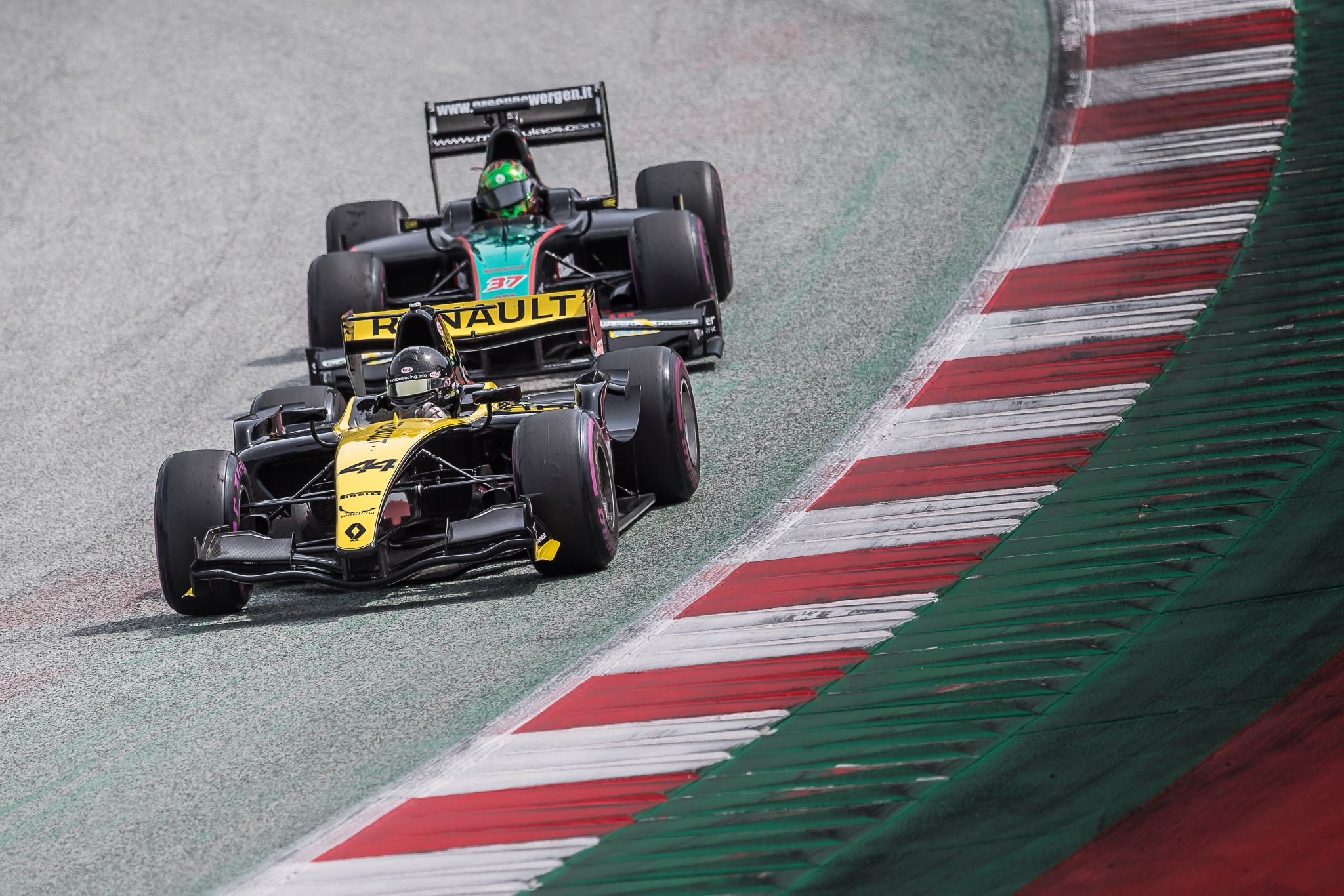 Saturday arrived and the expected weather worsened, which did not dampen the driving in qualifying. The BOSS GP drivers showed their class as 19 drivers out of the 20 entered went out on track in their Big Open Single Seaters even in these poor conditions – with four freshly fitted Pirelli Cinturato rain tyres, of course. Qualifying was not divided into Q1 and Q2 due to the rain, so there was only one 30-minute session in which all cars hit the track.

At the beginning Marco Ghiotto (ITA, Scuderia Palladlo) set top times and was able to take the lead. The lead did not last long, because the sensation of the qualifying, Harald Schlegelmilch (LVA, HS Engineering), promptly took over first place. The Latvian makes his debut in the BOSS GP this weekend and is involved right from the start. The former Formula 3 and Lamborghini Super Trofeo driver is piloting a World Series by Renault bolide of the Austrian team HS Engineering this weekend. Just as all the cars were on fast laps, Phil Stratford (USA, Penn Elcom Racing) in the Benetton B197 slid into the run-off area with a spin at the final corner. Stratford was able to resume driving after returning to the pits, but Andreas Fiedler (DEU, Fiedler Racing) and Riccardo Ponzio (ITA, Adriatica Competition) in the Jaguar suffered a different fate. They found the end of their qualifying in the gravel at the same time. Neither car was damaged, however, and nothing should stand in the way of a start in the race.

After the red flag had been waved, all available drivers went out on the track again. Ingo Gerstl (AUT, Top Speed) put his Toro Rosso STR1 on pole. Schlegelmilch and Ghiotto completed the top 3. Simone Colombo (ITA, MM International), who had already shown a good performance in the rain at the opening round in Mugello, also started the race from row 2. Florian Schnitzenbaumer (GER, Top Speed) and Walter Steding (GER, Scuderia Palladio) were surprisingly strong after a long break from racing, finishing 5th and 6th respectively. But now it is the race pace that counts, the first race starts today at 11:35 am local time.