The BOSS GP Championship season opener in Hockenheim this weekend provides three days full programme for motorsport fans and enthusiasts. Starting on Friday morning BOSS GP crew is looking forward to an exciting Kick Off weekend for the 2017 season.

Since the entry list for the first BOSS GP season race is set, drivers and crews will follow a timetable, starting with the first free practice on Friday morning at 10:05 a.m. Second free practice will start at the afternoon, 3:40 p.m.

10:00 a.m. and 3:15 p.m. will be the “magical date” on Saturday for the drivers. Qualifying will be held in the morning at 10:00 a.m, whereas the first race will follow in the afternoon at 3:15 p.m. The “Hockenheim Historic” event will start at 9:00 a.m. and has a timetable of 17 different qualifyings, races and presentations.

The second BOSS GP race of the weekend will be held on Sunday afternoon at 2:15 p.m. The general “Hockenheim Historic” timetable provides 14 different highlights on Sunday, races as well as presentations.

BOSS GP team will be on track all race days and provide plenty of updates and news on all our Channels: Thousands of motorsport enthusiasts will travel to Hockenheim this weekend, to celebrate plenty of races at the Hockenheim track in Germany. BOSS GP will be part of an exciting motorsport experience at the track near Heidelberg, with hundreds of race cars entertaining the motorsport fans.

BOSS GP will compete at seven different European venues in 2017, holding 14 races in total. Hockenheim will be followed by Zandvoort in May (20./21.05.), where BOSS GP will be part of the Race Festival by Max Verstappen. The other tracks are Paul Picard (FRA), Zolder (BEL), Assen (NED), Brno (CZE) and Imola (ITA). 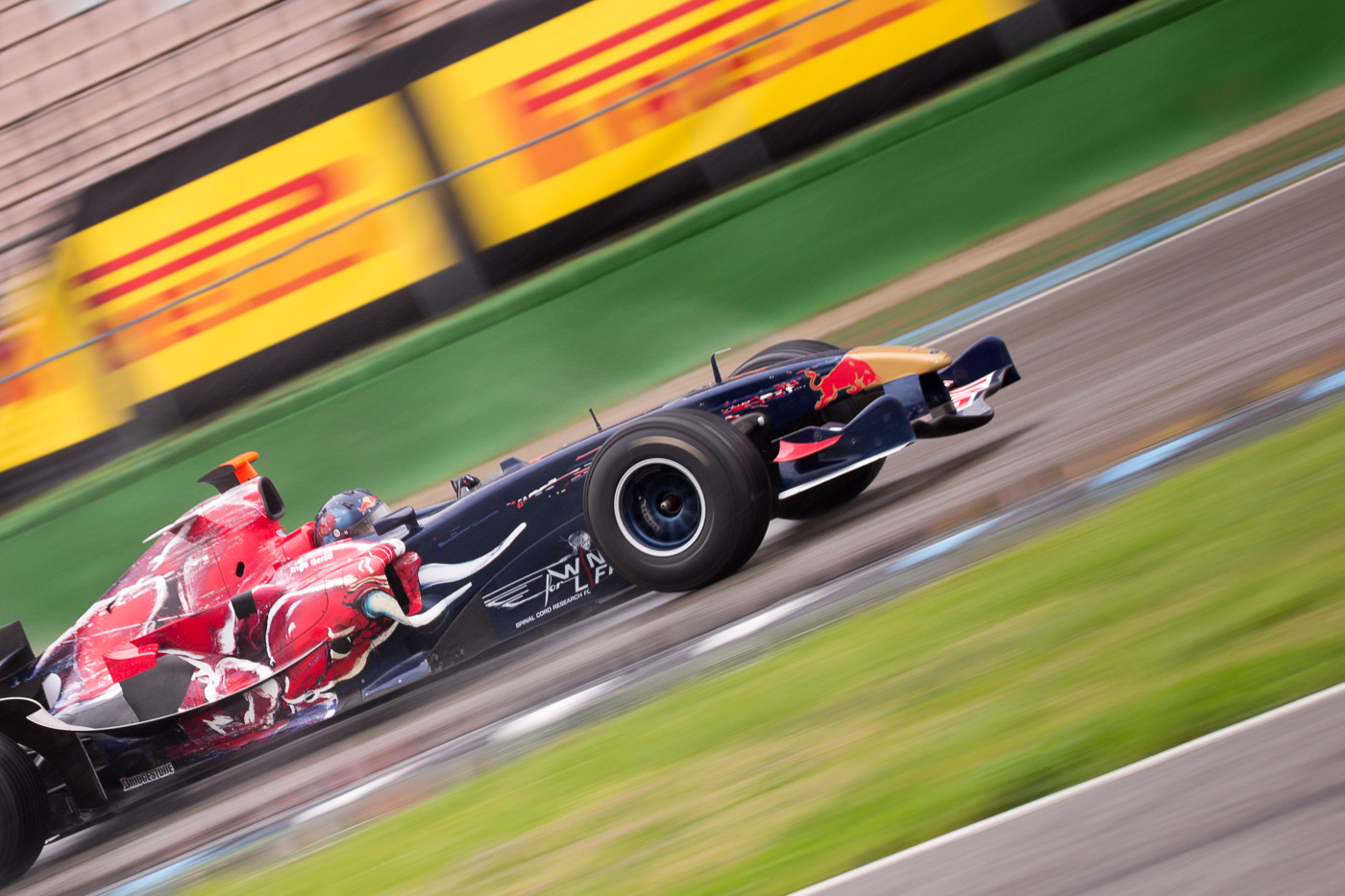 Coming up this week is the traditional BOSS GP Championship season opener in Hockenheim at the weekend of 22nd/23rd of April. The start list for this unique motorsport event, for drivers as well as for motorsport fans, is set und is promising an exciting Kick Off for the new BOSS GP season at all.

As in 2016 BOSS GP will run an OPEN class and a FORMULA class. Formula One and Champ Cars will battle for Championship points in the OPEN class, while GP2, Superleague Formula, Auto GP and World Series by Renault will fight for podium places in the FORMULA class.

In Hockenheim six drivers will compete in the OPEN class. 2016 Champion, Ingo Gerstl (Top Speed), leads the field with drivers from Austria, Germany, Netherlands and the USA. Will there be such a tight head-to-head battle between Gerstl and Klaas Zwart (Team Ascari) on Hockenheim track this year again as in the season Kick Off last year? This is what the starting field for the OPEN class in Hockenheim 2017 looks like:

Meanwhile eleven drivers will compete in the FORMULA class. 2016 Champion Christopher Brenier will be missed this time, but many well known faces as well as new entries and BOSS GP returnees from eight different nations will compete for the first podium places of the season. So this is what the starting field for the FORMULA class in Hockenheim 2017 looks like:

Thousands of motorsport enthusiasts will travel to Hockenheim, to celebrate plenty of races at the famous “Hockenheim Historic” event. BOSS GP will be part of this awesome motorsport experience at the track near Heidelberg in southern Germany, with more than 500 race cars entertaining motorsport fans all over the weekend.

BOSS GP will compete at seven different European venues in 2017, holding 14 races in total. Hockenheim will be followed by Zandvoort in May (20/21), where BOSS GP will be part of the Race Festival by Max Verstappen with more than 100.000 expected spectators. The other tracks are Paul Picard (FRA), Zolder (BEL), Assen (NED), Brno (CZE) and Imola (ITA). Drivers and teams are excited and can’t wait to finally push the pedal for a spectular season full of speed, noise and power!

All data about the BOSS GP race at “Hockenheim Historic” 2016 you find here: bossgp.com/race/hockenheim-historic 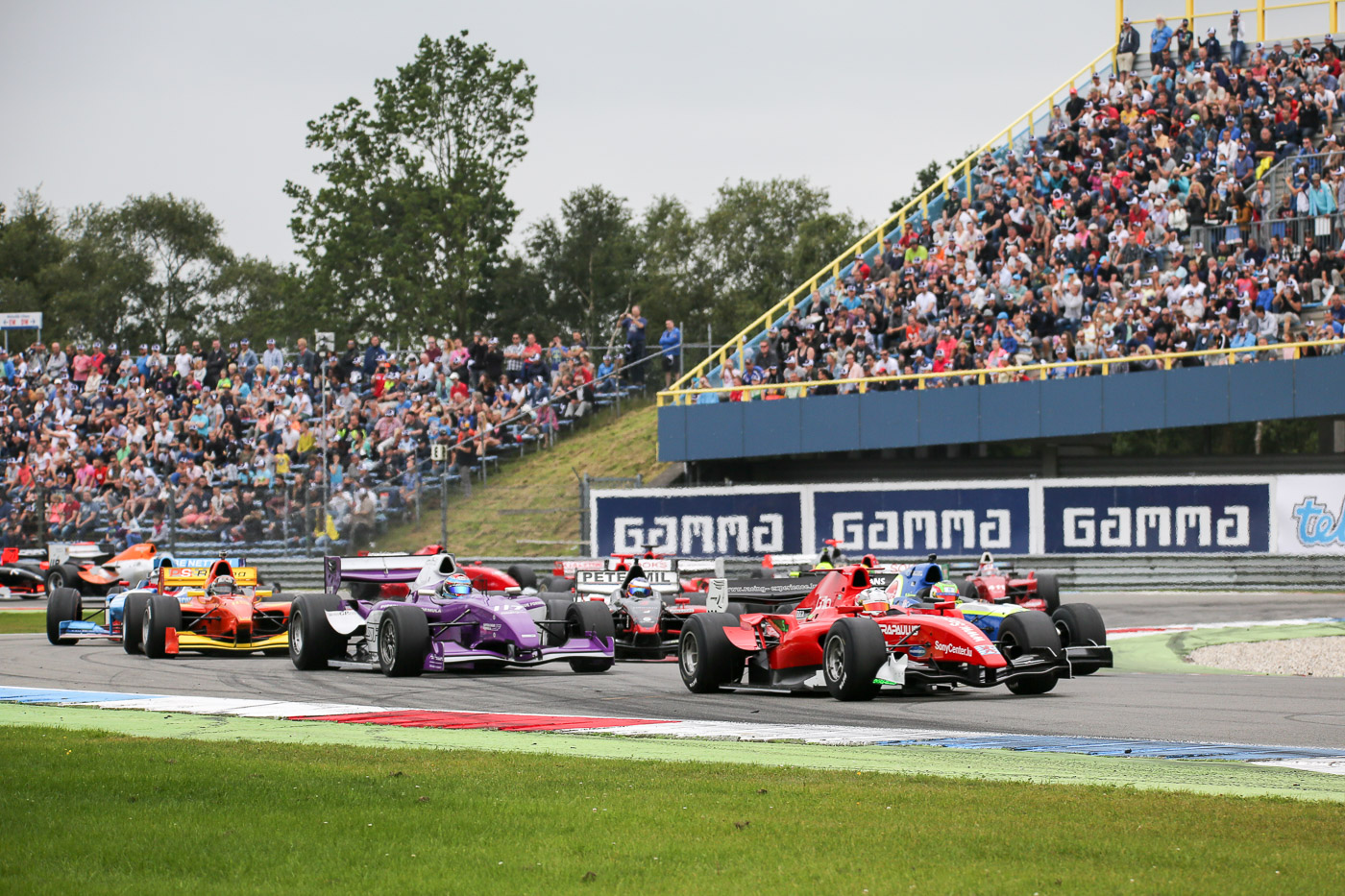 Great news for the BOSS GP Championship season 2017: Counting 36 registrations for the season, which starts on 22nd/23rd of April at Hockenheim in Germany, as many drivers and teams as never before registered for the fastest race series in Europe.

“This is great news”, says Christian Gaense, Race-Coordinator of BOSS GP. “The registration record shows the confidence of drivers and teams in BOSS GP, the race organization as well as the changes for the 2017 season like the cooperation with our new tyre supplier Pirelli. After a new record of participants in 2016, topping the number of drivers again this year will strengthen and expand the championship once more.”

Currently running and still open until the 12nd of April is the registration for the first race of the season at the “Hockenheim Historic”. With 36 drivers registered in general for the 2017 season until beginning of April, who actually wont show up each of them at each race due to different reasons, Gaense is yet looking forward to a “top-class field at each of the races of the BOSS GP championship 2017, qualitatively as well as quantitatively. For the Hockenheim season opener we can expect a grid of ~20 cars”.

Find all informations about the Kick Off race of BOSS GP and ticket-purchase at “Hockenheim Historic” on this website: www.hockenheim-historic.de. 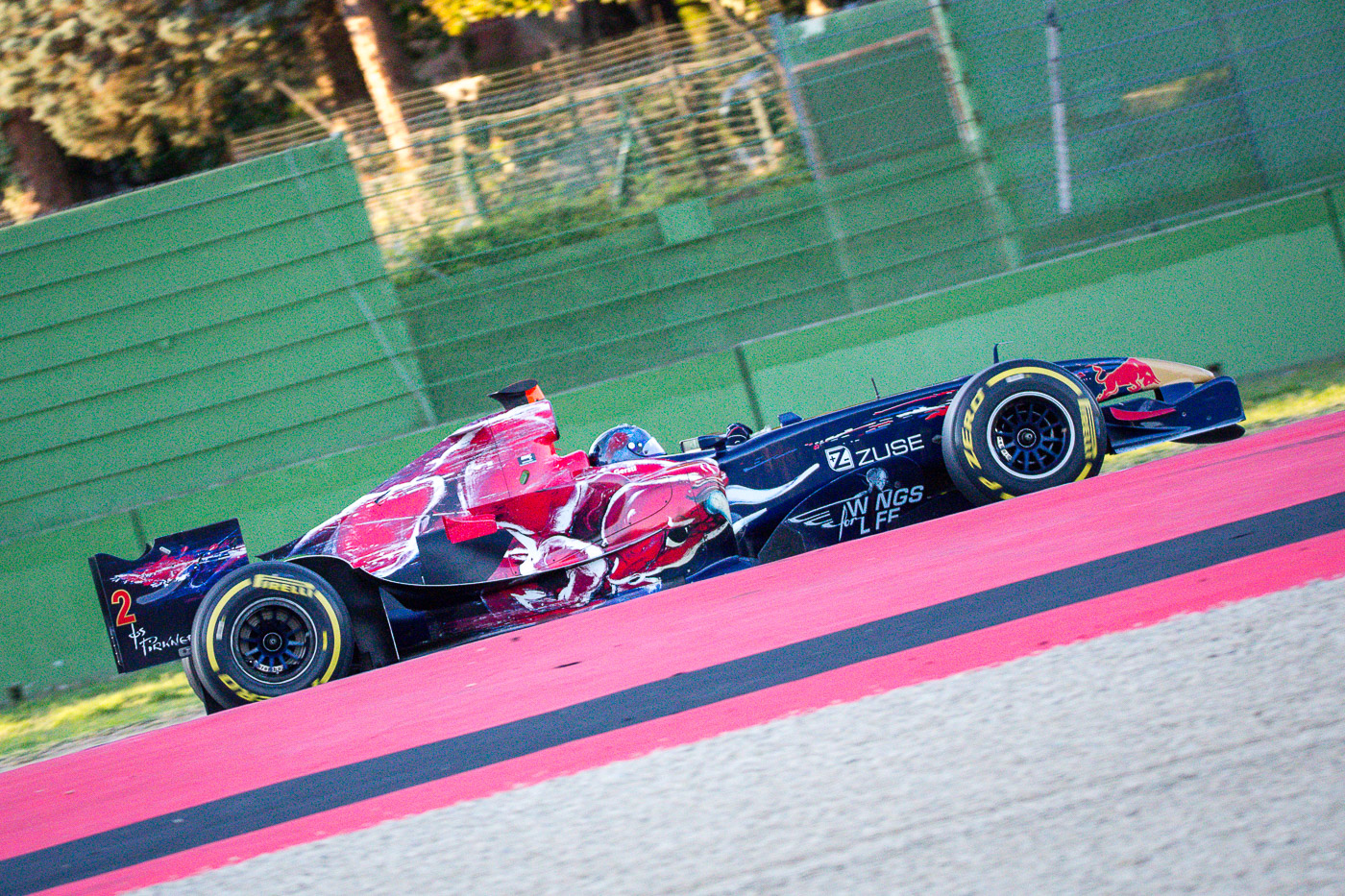 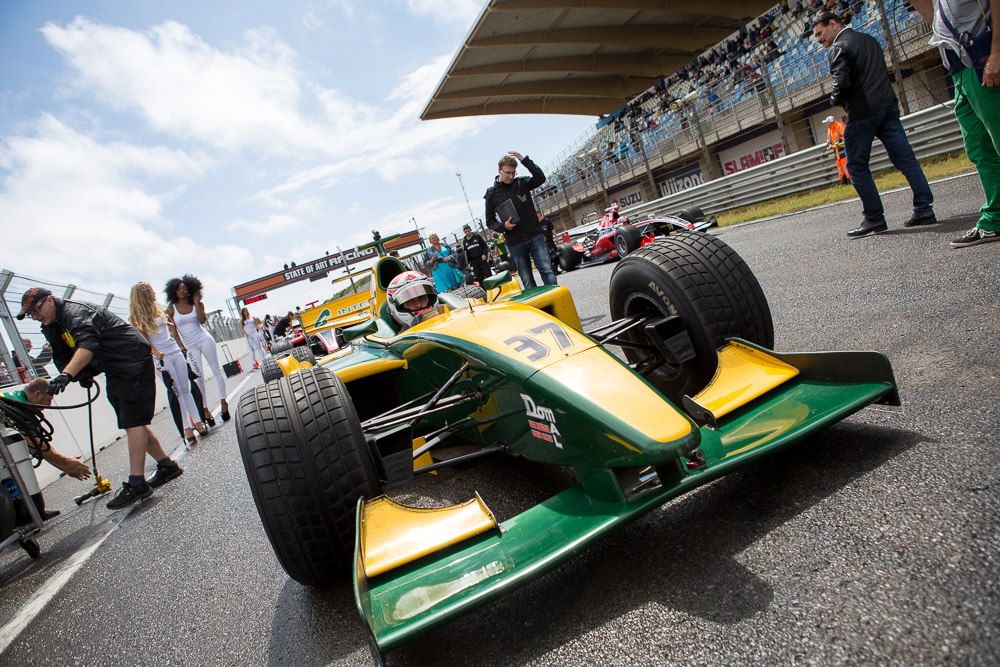 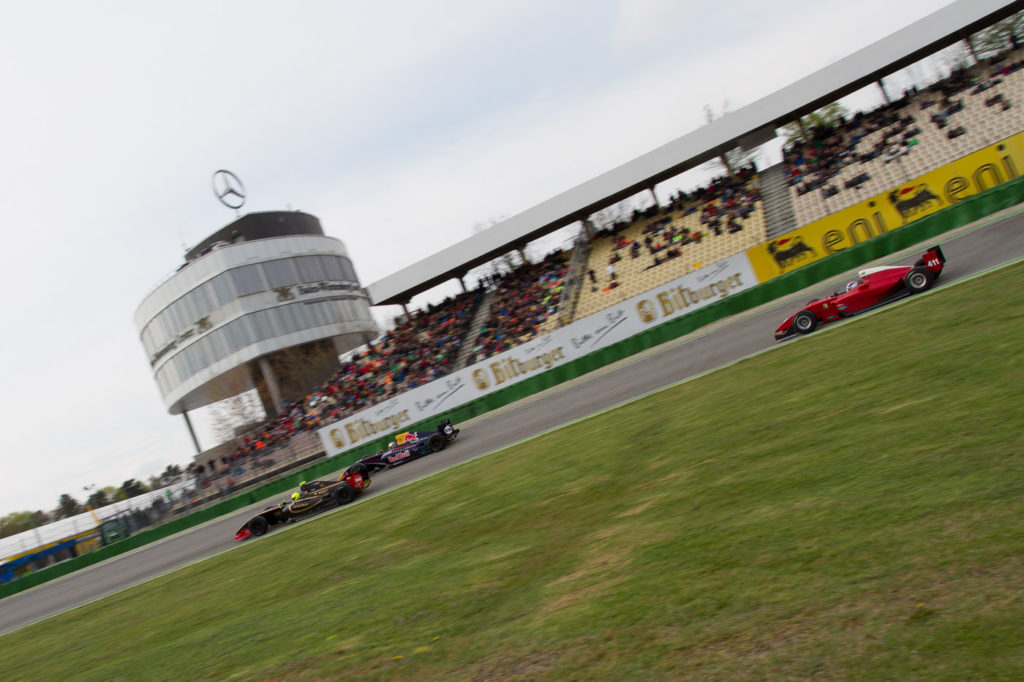 Get an impression of last years BOSS GP races at the “Hockenheim Historic” series at our gallery here: bossgp.com/gallery/hockenheim-historic-2016. 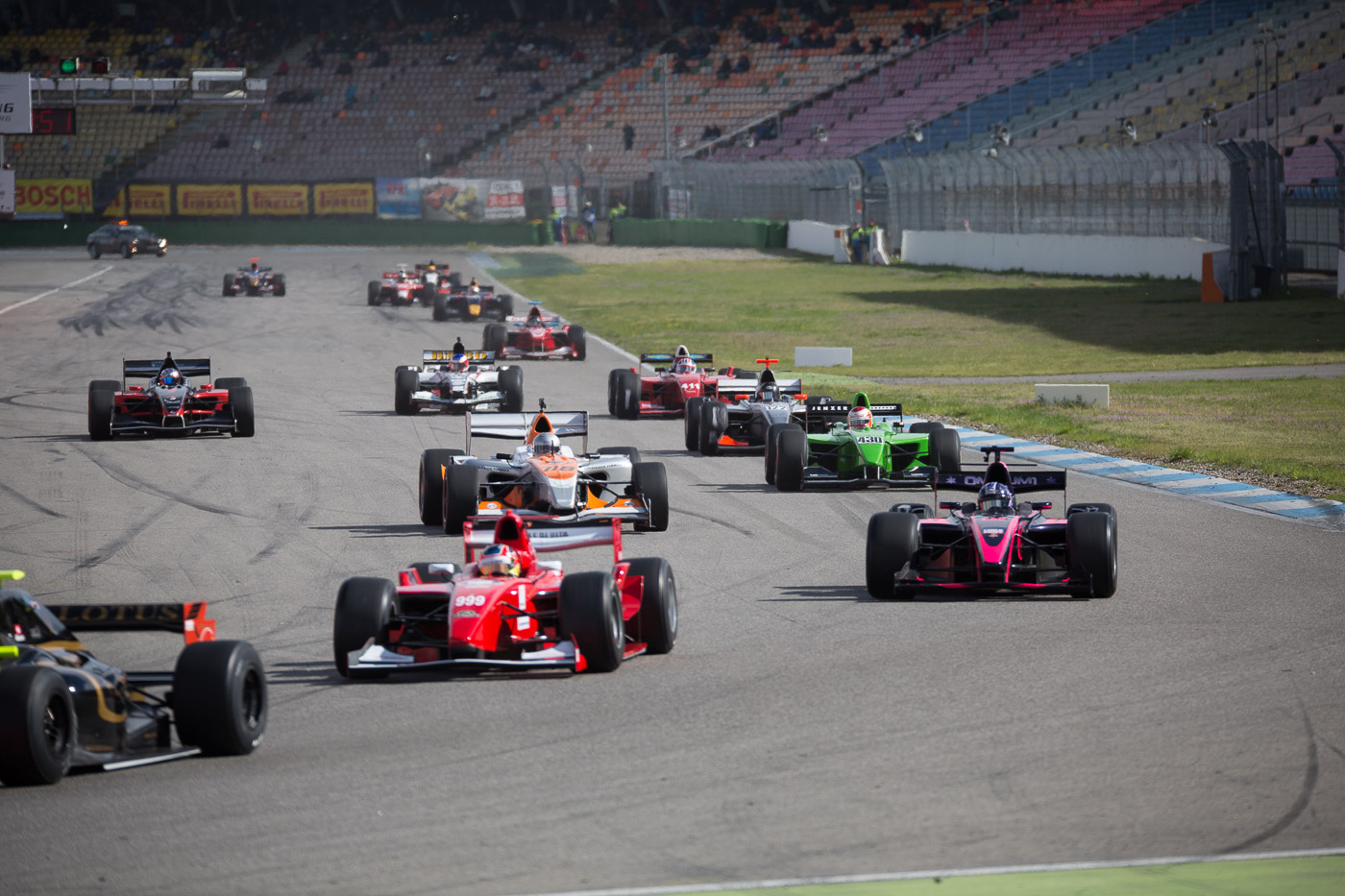